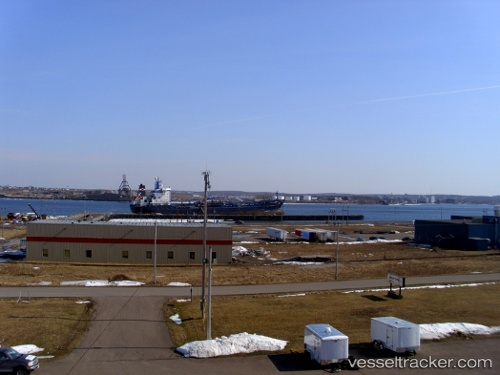 Land expropriation for second Sydney harbour berth may be necessary

SYDNEY, N.S. - CBRM council could be asked to decide by June how to proceed with developing the second cruise ship terminal and whether expropriating land will be necessary. Advertisement In January, federal and provincial funding for a second cruise ship berth at the port of Sydney was announced. The Cape Breton Regional Municipality had already committed its one-third funding for the $20-million project. The preferred location for the second cruise terminal is to the north of the existing berth, but that requires the acquisition of a property owed by businessman Jerry Nickerson. “Once the process of all the engineering and design elements, that would be something if we were to move forward if there is not an ability to come to an agreement on a price between the CBRM and the Nickerson property, then that would have to go to council for potential expropriation of that site and that is something that we are looking at at this time,” Mayor Cecil Clarke said. “I would expect (that to occur) between now and June. At some point in the coming weeks this is a decision that is going to be required for the planning purposes.” http://www.capebretonpost.com/news/local/2017/4/26/land-expropriation-for-second-sydney-harbour-berth-may-be-necess.html

The Port of Sydney in Nova Scotia, Canada, could become the first in North America with a terminal able to handle the new ultra-large container ships if a proposed development goes ahead. Sydney Harbour Investment Partners (SHIP) and Ports America – the biggest terminal operator in North America – jointly announced on Monday that they are planning a dedicated, semi-automated deep-water container facility that could accommodate ships with capacity for more than 18,000 teus. Ports America would, under the deal, manage and operate the terminal for 40 years. The container terminal on Cape Breton Island would be named Novaporte and the construction time is estimated at two years. Its location would make it a likely first stop for ships from Europe and from Asia via the Suez Canal. http://splash247.com/sydney-container-terminal-in-nova-scotia-planning-for-ultra-large-ships/

Port of Sydney getting closer to second cruise berth

SYDNEY — Transportation Minister Geoff MacLellan says a decision on federal and provincial funding for a proposed second cruise ship berth for the port of Sydney is close. MacLellan said Thursday he believes in the project and with a $20-million pricetag to be equally shared by the three levels of government, it would be the largest project in Cape Breton that he would be involved with. “It’s a significant investment for all three levels of government but we can’t stand still when it come to the cruise ship sector, we’ve got to expand to have those opportunities, not only to maintain the traffic that we have but to increase it in the future,” he said. “There is some work to do yet but I feel certainly that we’re getting close and I haven’t seen any obstacles to suggest that we won’t get this done. We’re not there yet but I feel we’re getting very close.” Federally, the application is making its way though the Build Canada funding process. http://www.capebretonpost.com/News/Local/2016-11-17/article-4688289/Port-of-Sydney-getting-closer-to-second-cruise-berth/1