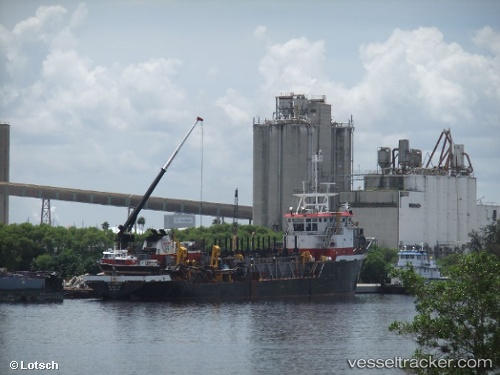 Port Tampa Bay is marking a major milestone and partnership today with CMA CGM as Port customers, local officials, and business leaders gather to celebrate the inaugural call of the CMA CGM DALILA at 4 pm on June 14 at The Ports America Terminal.

(Bloomberg) — Hurricane Irma may now be gone, but its fallout will continue to haunt Florida for at least the next few days as the largest U.S. gasoline market after California and Texas thirsts for the fuel. The state gets almost all of its gasoline via its ports. While Port Tampa Bay and Port Everglades, which combined handle about 700,000 barrels a day of petroleum, are quickly restarting operations, it will take days for the fuel to make its way to retail stations, with the priority being first responders, utility trucks and work crews clearing roads. Florida last week ordered the evacuation of more than 6 million people. The bottom-line message for those who drove north to escape the storm: Stay there a day or two, says Patrick DeHaan, senior petroleum analyst at Boston-based GasBuddy, which monitors fuel markets across the country. http://gcaptain.com/florida-faces-fuel-shortage-in-wake-of-hurricane-irma/

The long-awaited arrival of two enormous gantry cranes capable of reaching across today’s wider freighters are expected to duck under the Sunshine Skyway at dawn Friday, headed for Port Tampa Bay. The $24 million mega cranes, constructed in China, will allow the port to handle the wider loads on new container ships traveling to and from Tampa.