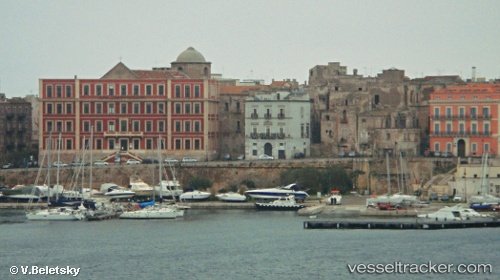 This is the 22nd marine port in Yilport Holding’s portfolio, and its first terminal in Italy. The company, ranked 12th among international container terminal operators by Drewry, targets to be ranked among the top 10 by 2025. Chairman Robert Yuksel Yildirim made the following remarks at the signing ceremony: “We have a strong presence in the Mediterranean. We are in Malta and operate seven ports between Spain and Portugal. Being able to enter Italy and work here in Taranto is like filling in the missing piece of a puzzle that we are building globally. The infrastructure was there but there was no one to take care of it. Our intention is to create another success story in Taranto. From today until the end of this year, we will be fixing cranes to ramp up business, visiting potential customers, and promote the container terminal. The project also aims to cooperate with local operators to improve cargo and ro-ro traffic.”

Yilport closest to landing the port of Taranto

The port of Taranto and the container terminal have their eyes set on Turkey’s Yilport Holding AS. On Tuesday, the Port System Authority of the Ionian Sea, whose president is Sergio Prete, acknowledging the “preliminary positive evaluation by the Permanent Internal Commission, in consideration of the importance of the proposer and the scope of the concession request with respect to the requests received”, and agreed that the Turkish Yilport Holding’s offer would “from various points of view, be the opportunity most in the public interest, ensuring the widest and most profitable use of the multisector wharf, the revival of employment, increase in port traffic and logistics, as well as the enhancement of the role of the port of Taranto and the Italian port system on the Mediterranean scene”. Taranto’s Port Authority ended its examination of the four partial applications submitted in recent months. The companies involved were South Marine Gate, Southgate Europe Terminal Consorzio, Taras Terminal and ATI Interterminal and Ecologica. A competitive dialogue procedure was opened with these companies on 11 May with a view to improving the bids submitted. With the examination of these companies now closed, the examination of Yilport Holding AS, which had submitted an application on 3 July, will begin. Source: The MediTelegraph

YILPORT Holding recently submitted its offer for Taranto Container Terminal concession in Italy. Ionian Sea Port Authority (AdSP), the managing institution of Port of Taranto has officially received the request of YILPORT Holding to operate the entire set of multi purpose port facilities in the Port of Taranto. These terminals in Southern Italy handle container traffic, bulk cargo and serve ro-ro traffic. Well located as a relay hub for the Mediterranean Sea, the terminals are integrated to intermodal networks, connecting Southern Italy to Northern Italy and finally to the center of Europe.