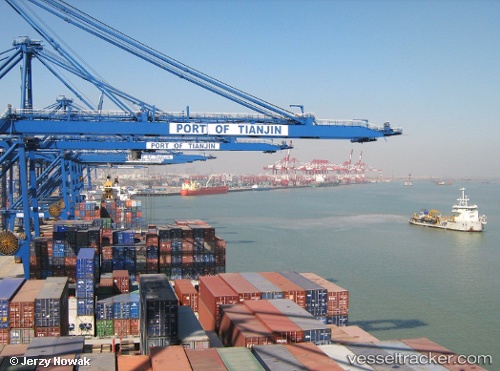 China’s Sinopec Corp completed adding a third tank to store liquefied natural gas at its receiving terminal in Tianjin, marking the completion of construction of the first phase of the import facility, the state oil and gas group said on Tuesday. * The terminal, in the northern port city Tianjin, near Beijing, began operations last February. It has an annual receiving capacity of 3 million tonnes and an annual supply capacity of 4 billion cubic metres (bcm) * The terminal has so far this year received 22 shipments of LNG that totalled 1.46 million tonnes in volume. It has delivered 1.46 bcm of the fuel by pipeline and 339,000 tonnes by gas trailers, the company said * Sinopec operates two other terminals, one in Beihai in the southwest Guangxi region and one in Qingdao in the eastern province of Shandong * The Chinese government has asked gas suppliers and distributors to boost storage capacity to cope with winter demand spikes Source: Reuters

CNOOC will start building six liquefied natural gas (LNG) storage tanks by the end of the year as part of a project to expand its Tianjin LNG terminal to help meet surging demand from households in northern China, CNOOC Gas and Power Group said in statement. The project, including six tanks each with 220,000 cubic metres of storage capacity, 12 gasification units and 12 high pressure pumps, has been approved by CNOOC’s board members, the company said. The new facilities are expected to start operating in 2022. CNOOC’s Tianjin terminal is expected to have 7.25 million tonnes of annual LNG processing capacity by 2030, up for 3.21 million tonnes in 2018. Source: Reuters

Navis, a part of Cargotec Corporation and provider of operational technologies and services that unlock greater performance and efficiency for the world’s leading organizations across the shipping supply chain, announced that Tianjin Port Group has completed the cut over and go live of N4 across its six terminals in record time.