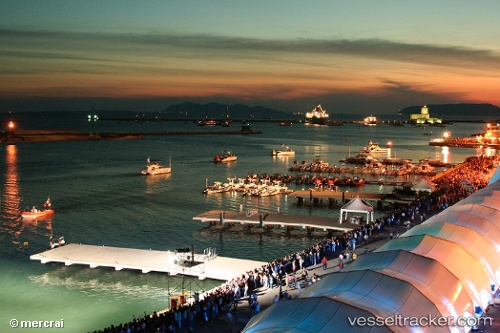 Mario Monti’s government is trying to attract as much as $18 billion in investment to Italy by relaxing a ban on offshore oil and natural-gas exploration imposed by Silvio Berlusconi after the 2010 Gulf of Mexico spill. The premier, who must jump-start the economy to help stem Italy’s debt crisis, last month ruled that companies such as Eni SpA, Edison SpA and Royal Dutch Shell Plc can resume shallow- water projects within 12 kilometers (7 miles) of the coast they were forced to abandon in 2010. The largest oil fields are located west off the coast of Sicily near port of Trapani. The decree needs Parliamentary approval and the lower house is set to debate it July 23. Read more with map at http://gcaptain.com/broke-italy-restart-economy-offshore/

Italian shipworkers seize tanker in protest at shipyard in Trapani

An oil tanker in Sicily has been seized by a group of angry Italian shipworkers who have lost their jobs and who call themselves the "Pirates of Trapani", Reuters reports. The vessel is owned by Italy's UniCredit Leasing and was taken while it was undergoing construction work in Trapani, a busy port west of the island. UniCredit declined to comment on the proceedings. "Twenty people are on board the vessel, the rest are at the gates," said Enrico Culcasi, one of the group's representatives. Culcasi, a shipworker for almost 20 years, said the group had taken control of the vessel to protest the bankruptcy process for the ship repair firm working on the vessel. He said all 59 of the contractor's employees had been made redundant and that less than a third expected to find work on the site once it re-opens under new ownership. A communique from the occupied tanker, written by former shipworker Antonino di Cola, described the group as "courageous men, stubborn, who at first sight seem to be real wolves of the sea, or indeed, pirates". The note was published by an Italian website. The firm Cantiere Navale di Trapani, which occupied a 70,000 square metre area at the Sicilian port, offered shipbuilding and repairs but was forced to shut because it could no longer afford to pay its debts, former employees say. The firm could not be reached for comment. http://en.portnews.ru/news/34705/