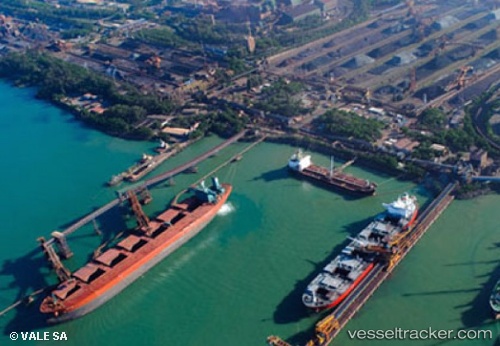 A Brazilian judge ruled yesterday that Vale can reopen Tubarão port. The port had been closed last week on environmental concerns, notably the dust that was spreading to neighbouring areas. Tubarão accounts for one third of Vale’s more than 300m tons of annual iron ore and iron ore pellet exports.

One of the most important ports in the world for iron ore trades has been closed down. Yesterday, a Brazilian federal court suspended activities at Vale’s Port of Tubarão citing pollution concerns. Tubarão accounts for one third of the Brazilian miner’s iron ore exports. The port also handles coal imports and steel exports for the Brazilian unit of ArcelorMittal. Authorities maintain iron ore and coal dust from the port are polluting the surrounding water and contributing to pollution in other areas, including nearby beaches. The port will remain closed until Vale and ArcelorMittal can fix the situation and the pair will be fined for each day it is closed. Vale said it will fight the decision and try to get the port reopened as soon as possible.

Iron ore futures in China and Singapore rose on Friday after the closure of a major Brazilian port halted shipments by top iron ore miner Vale SA, offering some relief to a glut-hit market. Unless the closure of the Port of Tubarão stretches to a week or more, the boost to iron ore prices may be shortlived with demand from top buyer China, already curbed by a slowing economy, seen limited ahead of next month’s Lunar New Year holiday, traders and analysts say. Iron ore futures came off session highs, underlining the still weak market sentiment. A Brazilian federal court on Thursday ordered the suspension of activities at Vale’s Port of Tubarão until pollution concerns are fixed, halting the miner’s ability to ship more than a third of its output. About 101.3 million tonnes of iron ore were shipped from the port to buyers globally in 2015, according to a source who tracks shipments in Tubarão. That’s nearly 11 percent of China’s total iron ore imports last year. Vale is already under increasing pressure over its environmental record after a dam burst at a Brazilian mine run by its Samarco joint venture in October, killing at least 17 people. “This will definitely boost prices in the short term. Vale has already cut shipments this month, and the port closure means it will further reduce shipments,” said Li Xiaodong, analyst with Zheshang Futures in China’s Hangzhou. There has been no disruption so far in terms