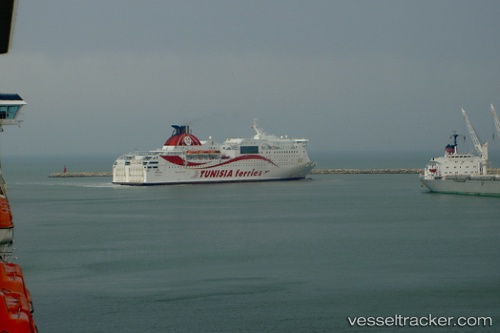 Holland America Line has canceled upcoming port calls to La Goulette on three cruises through the end of May. The seven-day April 19, 2015, “Mediterranean Glamour” voyage on the "Eurodam" now will call in Cagliari, Sardinia, on April 21 instead of La Goulette, the port for Tunis, the capital of "Zuiderdam". The 11-day May 6 “Mediterranean Explorer” cruise on the "Zuiderdam" will now have a sea day on May 9 instead of a call at La Goulette, and a new port of call on May 10 in Olbia, Sardinia, on a previously scheduled sea day. The "Zuiderdam"’s May 17 “Mediterranean Explorer” voyage now will call in Olbia, Sardinia, on May 24, a previously scheduled sea day. May 25 will now be a sea day instead of the scheduled call at La Goulette.The company said scheduled calls to La Goulette beyond the end of May will be evaluated as the sailing dates get closer. Holland America was the latest cruise line to cancel calls to Tunisia after the March 18 attack in a museum killed 23 people, including 12 passengers on the "MSC Splendida" and five on the "Costa Fascinosa". Both MSC Cruises and Costa Cruises suspended calls to Tunisian ports for the remainder of 2015. Star Clippers and Hapag-Lloyd Cruises also replaced scheduled calls to Tunisia in April with Sicily instead.

no more congestion in rades port

Tunis- genova Yasmin ferries, we are within few days open a new connection tunis - italy with up to 4 weekly departures from both ports competitive prices both freight and passengers We want to promote tunis as holiday destination all the year,and in the low season we want to on some of the departures give tunesian citisens a special offer more information our agent emship@shipchartering.org