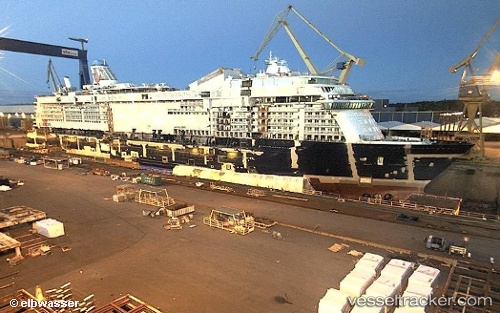 Finnish shipbuilder Meyer Turku has cut the first piece of steel for Costa Cruises’ second LNG-powered ship, which will be named Costa Toscana and be delivered in October 2021. Using its new plasma cutter line, Meyer Turku marked the start of the ship production project during a traditional ceremony at its yard in Turku. Once complete, Costa Toscana will have dual-fuel hybrid engines and onboard LNG tanks to enable her to operate using LNG in port and at sea.

Finnish shipyard Meyer Turku has officially begun constructing Carnival Cruise Line’s Mardi Gras. A traditional coin ceremony took place on 18 June to mark the start of the ship’s hull assembly. Mardi Gras is the second LNG-powered cruise ship being built at Meyer Turku and will have many innovations, including six themed zones and the world’s first roller coaster on a ship . One onboard highlight will be the Grand Central area, which has a floor-to-ceiling glass front. “We have been very excited to design and start assembling Carnival’s Mardi Gras,” said Jan Meyer, CEO of Meyer Turku.

Meyer Turku has floated Costa Cruises’ first LNG-powered cruise ship, Costa Smeralda, out of her building dock at its yard in Turku, Finland. Following a traditional ceremony to mark the construction milestone, the 180,000gt ship was moved to Meyer Turku’s outfitting pier where she will remain until her delivery in October 2019. Once complete, the ship will offer a three-level area in the middle of the ship that will host entertainment, Italy-inspired piazzas, 11 restaurants, 19 bars, a water park with slides, a multi-sport field, four swimming pools, theatre, disco, casino, jazz club piano bar, a games room and a spa, which has a beauty salon, hammam, thalasso therapy pool and 16 treatment rooms. The vessel will also have her own onboard museum called CoDe - Costa Design Museum, which will be curated by Matteo Vercelloni and showcase the “excellence of Italian design” by featuring many of the people who have contributed to the ship's construction.