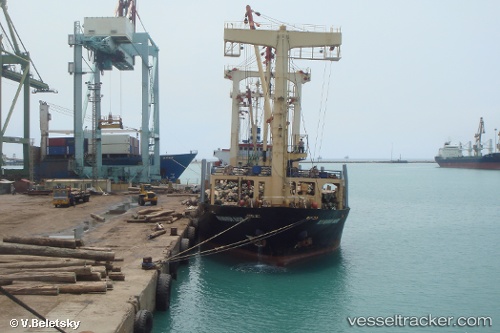 ALBA Asia Pvt Ltd, an equal joint venture between Mumbai-listed Starlog Enterprises and French shipping firm Louis Dreyfus Armateurs S.A., will open a new coal terminal at VO Chidambaranar Port Trust (VOCPT) in Tamil Nadu’s Thoothukudi district on Friday. The 10-million-tonne (mt) terminal will help the Central Government-owned port raise its coal handling capacity to 24 mt by 2019. In 2010, ALBA Asia Pvt Ltd won the contract in a public tender to build and operate a coal-loading facility at VOCPT for 30 years by placing the highest revenue share price bid of 52.17 per cent. Tuticorin Coal Terminal Pvt Ltd (TCTPL), the special purpose vehicle (SPV) set up to implement the project, invested ₹640 crore to construct the facility. The total project cost overshot the original estimates of ₹465 crore mainly due to a two-year delay in dredging the berth by VOCPT to accommodate Panamax-size ships at the facility, a spokesman for TCTPL said.

V O Chidambaranar Port in Tuticorin on Thursday handled a 262-metre long container vessel at its Dakshin Bharat Gateway Terminal. This is for the second time that the VOC Port is handling such a long vessel. The container vessel S C I Mumbai, which has a capacity to carry 4395 TEUs (Twenty foot Equivalent Unit) of containers, was berthed at the terminal 6.45am in the presence of Port Trust chairman I Jayakumar, deputy chairman S Nataraan, Dakshin Bharat Gateway Terminal CEO Eric Lavenu and others. Jayakumar stated that earlier vessels with overall length of 230 metres with container carrying capacity of 2500 TEUs were calling at the port. “The humble start of this trial run with container carrying capacity of 4395 TEUs and length over all of 262 metre would pave way for attracting more international and coastal volumes and would also induce the main line operators offering services from the Far East, the Red Sea and East Africa to call VOC Port”, he said.

VO Chidambaranar Port in Tuticorin has become the first port to provide shore power facility for berthed vessels. The shore power or shore supply facility provides a plug-and-play solution to vessels and eliminates the need to operate diesel generators. It also eliminates carbon emission and reduces about six tonnes of carbon emission daily and around 1,500 tonnes annually. This is 5 per cent of total CO2 emission at the port, says a press release from VOC Port Trust said. Shore power facility will benefit port users as they will save ₹74,000 daily on fuel cost. This facility is in line with ‘Project Green Ports’ of the Shipping Ministry. Source: The Hindu Business Line