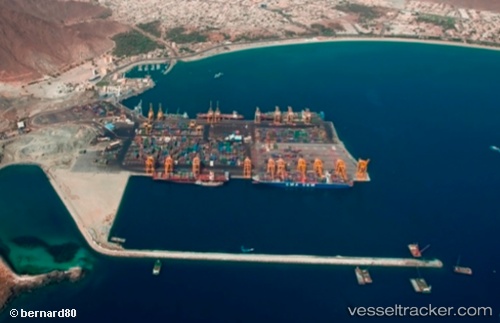 Protesters continued on Thursday, Sept. 6, 2018 to block the entrance to Iraq’s Umm Qasr commodities port near Basra, port employees and local officials said. Demonstrations spread to the port on Wednesday night, raising the stakes in some of the worst unrest in southern Iraqi cities in months. Umm Qasr receives Iraqi imports of grain, vegetable oils and sugar shipments. So far it is not clear if the unrest will have a serious impact on the port’s operations. Source: Reuters

INGAPORE's APL, now a unit of French shipping giant CMA CGM, announced that its Gulf Asia Express 2 (GA2) service will soon be calling at the Port of Umm Qasr in an effort to continuously provide market connectivity between the Far East and Middle East. Hong Kong's Orient Overseas Container Line (OOCL), also announced direct calls to the Port of Umm Qasr in its Middle East Service 4 (ME4) service, starting on August 6 with the first sailing in Shanghai.

Bunkering company Iraqia Shipping Services and Oil Trading (AISSOT) says over a 500 bunkering operations have taken place at Iraqi ports since it started up operations last September. Demand for bunkering services is primarily from tankers, the company said. "Customers prefer to take bunkers after crude oil loadings to avoid diversion to other ports for bunkers thereby saving huge costs and time," the company said in a statement. The company added that it plans to commence berth supplies at Um Qasr Port to cater for box ships and bulkers. AISSOT is joint-owned by state firm Iraqi Oil Tanker Company and the Arab Maritime Petroleum Transport Company. https://shipandbunker.com/news/world/114608-aissot-in-iraq-bunkering-established-for-tankers