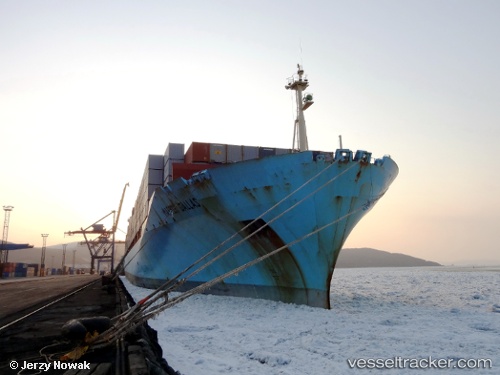 SINGAPORE's APL, now a unit of French shipping giant CMA CGM, has unveiled the new Japan Russia Express (JRX) service, the only weekly Japan-Russia ocean freight service to be available in the marketplace A jointly operated service with TG FESCO, the JRX service will be characterised by its unparalleled transit times. Russian-destined cargoes from Yokohama to Vostonchny and Vladivostock will be delivered in as soon as seven and nine days respectively. Shipments from Kobe to the two same Russian ports will arrive in just four and six days respectively, APL said in a statement. From Vostonchny and Vladivostock, cargoes onboard the JRX service may be easily moved via the Trans-Siberian Railway to Central Russia and into the European Union. Meanwhile, shippers from Japan and Russia may also plug into APL's extensive service network for global market access via Busan where the JRX service will make a port stop. APL's JRX will commence sailing from Yokohama on August 24 with the following rotation: Vostochny, Vladivostok, Yokohama, Shimizu, Nagoya, Kobe, Busan and Vostochny. Source : Schednet

Vostochny Port monitors environment with the help of a drone

JSC “Vostochny Port”, the largest Russian coal stevedore and a member of the port coal holding “Managing Port Company, LLC”, reported that the fire and environment monitoring on its corporate premises is conducted with the help of a drone (quad copter). The flying camera “Phantom” operates online to inform a dedicated operator promptly on the situation in the air and on the territory of the port. “Vostochny Port” employees completed experimental flights and commenced regular environment monitoring with the drone and it has proved to be very effective. The drone is also used to patrol coastal waters as well as monitoring the technical condition of equipment at the port terminals.

The first shiploader has been delivered to Phase 3 of Vostochny Port’s coal terminal (Primorsky Territory) today, 25 April 2017, says press center of Vostochny Port JSC (Russia’s largest coal stevedore, part of the holding run by Port Management Company LLC). The company says it is the first of two shiploaders that will load coal into the holds of bulkers of different capacity. The shiploader is acquired in the framework of an agreement with Marubeni Corporation (Japan) for the delivery of equipment to the dedicated coal terminal. http://en.portnews.ru/news/238034/