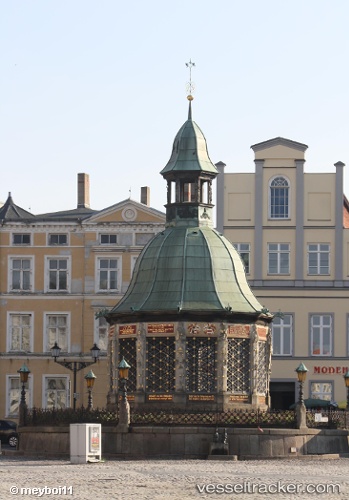 Following the first steel cutting, MV Werften has officially started with the construction of the second 208,000gt Global Class cruise ship for Genting Hong Kong. This not-yet named unit will be delivered in 2022, following GLOBAL DREAM in 2021.

Genting Hong Kong (GHK) has officially secured funding for the construction and post-delivery financing of Dream Cruises’ two new Global Class ships. KfW IPEX-Bank will supply US$2.9 billion, with backing from the Federal Republic of Germany, Finnish export credit agency Finnvera, and the state of Mecklenburg-Western Pomerania. At an overall cost of €3.1 billion (US$3.4 billion), the two new vessels are currently being built at GHK-owned shipyard MV Werften in Germany for the fast-growing Asian cruise market. “We are very appreciative of KfW IPEX-Bank, the bank consortium, the Federal Republic of Germany, the state of Mecklenburg-Western Pomerania and Finnvera for supporting GHK in the financing of the Global Class ships,” said Tan Sri Lim Kok Thay, chief executive of Genting Hong Kong.

Transocean Cruises’ Astor arrived at Columbus Cruise Center Wismar, Germany on 5 May, marking the city’s first-ever turnaround call. The 578-passenger ship, which sails as part of the Cruise & Maritime Voyages’ fleet, arrived after a voyage through the Baltic Sea, allowing 334 passengers to disembark and 396 new passengers to embark before setting off on her next trip. The Columbus Cruise Center Wismar was well-prepared for its first turnaround call, handling all passengers according to International Ship and Port Facility Security standards.