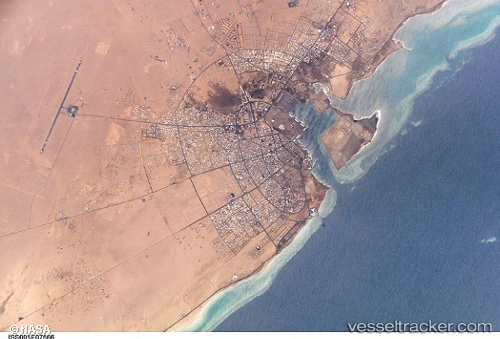 Gulf Stevedoring Contracting Company (GSCCO), part of the Gulftainer group of companies, has signed an agreement with Red Sea Marine Services Company Limited to manage and operate King Fahad Industrial Port in Yanbu. The deal takes GSCCO’s portfolio of terminals in Saudi Arabia up to four, a statement said. GSCCO said it will handle all types of cargo at KFIP, including containers, breakbulk cargo, vehicles and bulk cargo. adding that the company will invest in new equipment. The decision to award the operation of the port to GSCCO, which also operates the Northern Container Terminal in Jeddah and Jubail Commercial Port, was taken by Saudi Ports Authority (Mawani).

Saudi Arabia’s Yanbu port has received the Jin Tai Feng, a ship carrying 82,498 tons of corn. It is 235 meters long and draws 13.50 meters. It is the largest ship the port has ever received. This comes after development projects launched last year by the Saudi Ports Authority to strengthen the services at the Kingdom’s ports and to upgrade their capabilities and efficiency. The Yanbu commercial port handled 413,824 tons of various types of general cargo during July 2018 compared to 141,066 tons during July 2017 — an unprecedented increase of 193 percent. The Kingdom is working relentlessly to build a solid ground for the status of the Saudi Ports Authority as a leader in the ports sector which links the national economy with the international market.

No pilgrims before ship are docked in port

The Ministry of Haj has warned Haj and Umrah service-providing companies against sending their pilgrims to Yanbu seaport before ships transporting them have actually docked. "There are not enough halls at the seaport to accommodate departing or arriving pilgrims who might find themselves staying in their vehicles or squatting along the streets of the city while waiting for ships to complete their entry procedures," the ministry said in a letter to these companies, a copy of which Arab News has seen. The ministry said it took the measure after noticing the clusters of pilgrims departing on the The Mawadah's first voyage last week. "Pilgrims should not be sent to Yanbu or its seaport before the ships taking them back home have actually docked," it said.