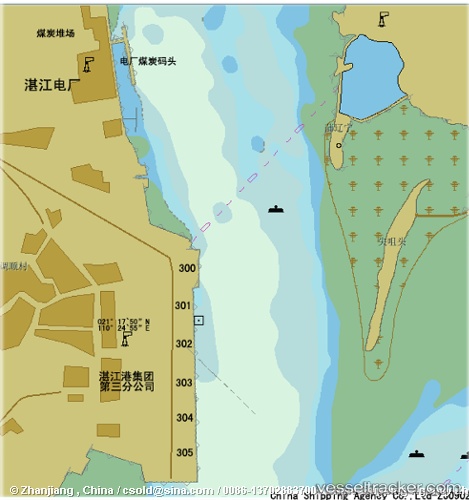 Zhanjiang: Following on from news last week that China may allow valemaxes into Chinese ports, Vale said it is considering setting up an iron ore distribution centre in the southern Chinese port of Zhanjiang where Baosteel is building a 10m tonne-per-year steel project due to be completed by 2015, according to wire reports. Baosteel and Zhanjiang port reportedly signed a memorandum of understanding with Vale in early December during a visit to Vale's headquarters in Brazil. “This is just a very initial idea. The distribution centre, if built, can meet demand from small clients which may not be able to buy a whole cargo of iron ore but can buy a small volume,” a source was quoted as saying.

Shanghai: The China Shipowners’ Association CSA has recently sent an opinion letter to the National Development and Reform Committee (NDRC) and Zhanjiang government regarding the iron ore distribution centre which Brazilian miner Vale is planning to build in Zhanjiang. CSA suggests the Zhanjiang government should listen to the advice from relevant national authorities and shouldn’t make hasty decisions by themselves. According to an official from NDRC, Zhanjiang Port and Vale haven’t filed the application for the distribution centre project yet. “It is understandable that the local government wants to promote the local economy by attracting investment, but it should be operated according to relevant procedures and policies.” The China Shipowners’ Association has been one of the most vocal opponents of Vale’s transportation ambitions. [SinoShipNews 21/01/13]

A Chinese navy fleet comprising a frigate, destroyer and a supply ship was on Saturday dispatched to the Gulf of Aden on an escort mission, Xinhua reported. The ships left the Zhanjiang port in southern China's Guangdong province Saturday, the transport ministry said. The fleet will replace a flotilla sent earlier to guard against pirates, the ministry said on its website. The fleet, equipped with two helicopters, is carrying about 870 seamen and officers onboard. The destroyer Wuhan and frigate Yulin will arrive in the waters off Somalia after they participate in an international defence expo in Brunei.