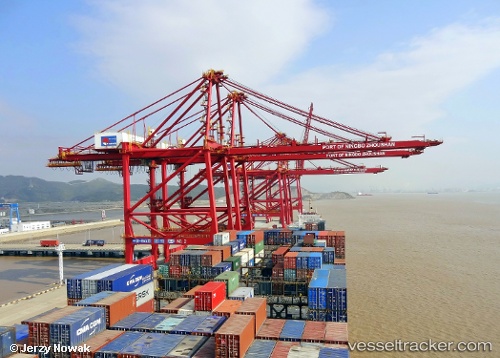 Shanghai Shipping Maritime Technology, a subsidiary of Cosco Shipping, has inaugurated a new ship repair yard in Zhoushan. The new yard, located on Liuhengdao of Zhoushan, will be an addition to Cosco Shipping Heavy Industry’s existing ship repair business in Dalian, Nantong, Zhoushan and Guangzhou. The yard is expected to serve the growing demand for drydocking, especially due to upcoming IMO sulphur and BWTS regulations.

PaxOcean delivers largest FSRU to be built in China

PaxOcean has delivered a 26,000m3 floating storage and regasification unit (FSRU) to Indonesia-based Jaya Samudra Karunia (JSK). The Karunia Dewata is the largest FSRU to be built in China and the first to feature Type C cargo tanks. The unit was built at PaxOcean’s Zhoushan Shipyard to Lloyd's Register’s (LR) Rules for the Classification of Ships and Provisional Rules for LNG Ships and Barges Equipped with Regasification Systems.