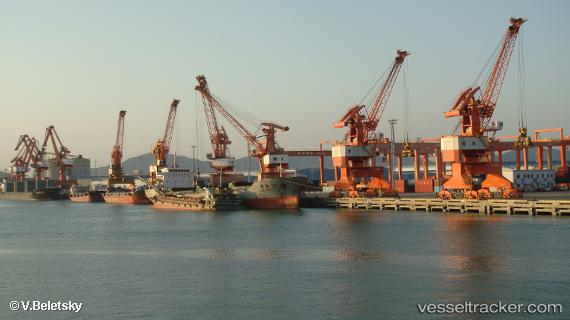 China’s Zhuhai Port has announced a plan to issue 140m new shares to a group of specific investors to raise around RMB1bn ($145m). The proceeds from the share issue will be mostly used to support Zhuhai Port Shipping’s fleet expansion program which includes the acquisition of forty 3,500 dwt multipurpose cargo vessels, three 12,000 dwt bulkers, four 22,500 dwt bulkers, two 45,000 dwt bulkers and six tugboats. The remainder of the funds will be used for port facility upgrade. The vessels will be used for Zhuhai Port’s river-ocean shipping services.

Zhuhai port aims to double container and cargo throughput by 2020

Guangzhou: The southern Chinese port of Zhuhai is to add a 100,000 dwt class container berth, plus three 5,000 dwt class and four 1,000 dwt class container berths at its Gaolan port area. By the end of 2014, Zhuhai had an annual capacity of 151m tons. Zhuhai is accelerating the development of its port to be a regional logistics hub, and started operation of China’s largest bulk bonded warehouse, Xinfeng bonded warehouse in Gaolan port area last week to improve the service ability of Zhuhai port. [SinoShipNews 02/02/15]