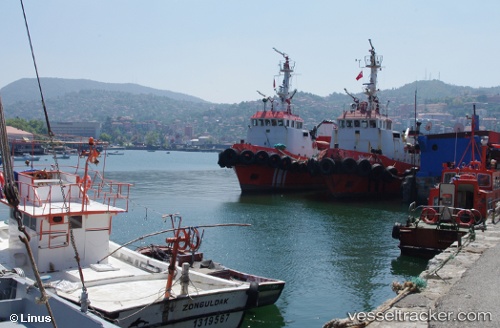 Sixteen Greenpeace activists have been detained after staging a protest at a coal thermal power plant in the Black Sea Province of Zonguldak on Sept. 11. Greenpeace’s Rainbow Warrior arrived in Zonguldak after opening its doors to visitors last week in Istanbul. The activists staged the protest at Eren Coal Thermal Power Plant to raise awareness about the impact that coal has on people’s health. The protesters hung up banners saying, “If there is coal, there is no health” and “Stop coal” on a crane, as well as “Coal kills” on two ships that were carrying coal to the power plant. Works at the plant have been halted following the protest, while some activists were detained by police. Greenpeace said their aim was to raise awareness of the damage coal can have on human health by stopping it from being shipped. The organization also urged the Health Ministry to protect the health of its citizens. Pınar Aksoğan, responsible for Turkey’s Greenpeace Climate and Energy Campaign, said poor air quality from these thermal power plants in Zonguldak was threatening human health. She said air pollution has become a nationwide problem and the construction of 80 new power plants across the country will cause further damage to people’s health. “Diseases such as asthma, cancer and heart problems will increase dramatically if those 80 thermal power plants are built,” she said, adding the Health Ministry should have a voice in projects that threaten the public’s health. “The planning process for industrial and energy projects should be reconsidered for health reasons ... We want the Health Ministry to be one of the decisive authorities in the planning and auditing processes of projects that threaten [human] life by causing air pollution,” Aksoğan said.