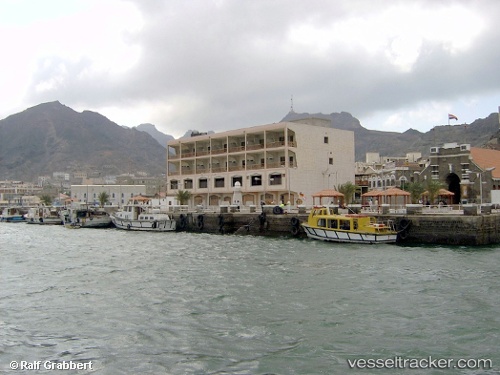 Saudi Arabia has reopened some ports in Yemen a week after the Saudi-led military coalition battling the Houthi movement there announced a temporary closure of all Yemeni ports to staunch the tide of arms being sent to Houthi rebels from Iran. The country’s mission to the United Nations (UN) said on Monday that the seaports of Aden, Mokha and Mukalla would resume normal activity within 24 hours, alongside Aden and Seyoun airports. However, rebel-controlled, major ports and airports, where most of the country’s aid moves through, will stay closed until Riyadh (the Saudi capital) has sought advice from UN experts on how to prevent the smuggling in of weapons.

A Pakistan Navy vessel has plucked 41 people to safety after a Yemeni dhow carrying 60 passengers sunk in the Gulf of Aden. The search for other passengers is still under way. PNS Shamsheer was operating as a part of the Combined Task Force 151 (CTF-151), an international Coalition Task Force formed under the UN’s mandate to counter piracy in the Gulf of Aden.Commodore Shoaib of Pakistan Navy is the current commander of the Combined Task Force 151. Upon receiving information about the sinking of a dhow carrying 60 people, the headquarters of CTF-151 dispatched a surveillance aircraft to locate the survivors At the same time, PNS Shamsheer was tasked for search and rescue operations. The operation also involved the naval ships of Spain and Australia with embarked helicopters aided by the land-based aircraft from Japan and Germany. This is not the first time that a Pakistan Navy ship has rendered its services in this way. Previously during the deployment, PNS Shamsheer offered medical assistance to the crew members of a cattle dhow named Al Amir, while it was transporting livestock from Somalia to Oman. On November 26, medical assistance was also offered to a Somali dhow Fais-e-Sale Mohammadi in the Gulf of Aden area. source : THE EXPRESS TRIBUNE

Bunkering at Port of Aden Resumes After 1 Year Suspension

The Yemen Gulf of Aden Ports Corporation (Gulf of Aden Ports) on Saturday announced that bunkering operations have resumed at the port after a year of suspended activities due to regional political turmoil. Gulf of Aden Ports says the Russian-flagged Optimist, which came from Singapore, called the Port of Aden for bunkering Friday - the first ship to do so since activities were halted at the port in March 2015. "This visit came as a result of the great efforts exerted by the Port to provide all the necessary services to its customers especially after the security improvements that are witnessed by the city of Aden." The Aden Bunkering Department is said act as bunker supplier at the port. http://shipandbunker.com/news/emea/260113-bunkering-at-port-of-aden-resumes-after-1-year-suspension