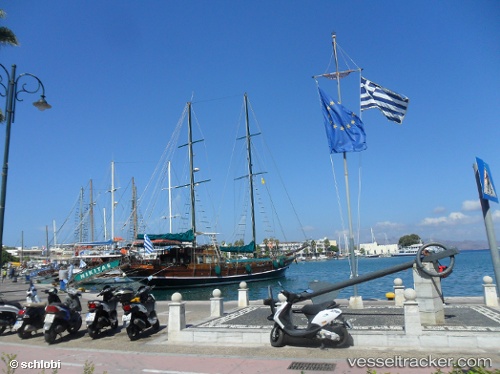 The cause of the explosion on a tourist boat in Greece was not a terrorist attack according to local media reports citing a representative of the investigative bodies. The incident occurred during a party on the ship, when one of the guests detonated a homemade fireworks rocket. The victims are currently hospitalized Kos, near where tragedy occurred. A small replica cannon blew up on a mock pirate ship off the southern Aegean island of Kos on Saturday, killing the boat's captain and injuring five passengers, Greek coastguard officials said. The cannon had been loaded with explosive powder, such as that found in fireworks. A coastguard official, who declined to be named, said the captain died in the explosion. Two Dutch passengers, a Belgian and two German children were hurt, a second coastguard official told Reuters. http://english.ruvr.ru/2012_10_07/Greek-ship-blast-not-terrorist-act/