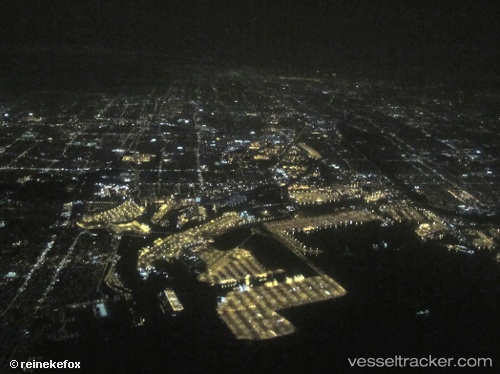 The Port of Los Angeles has announced a development opportunity for an Outer Harbor Cruise Terminal at Berths 46 and 50, with plans to release a Request for Proposal (RFP) later this fall. The proposal is intended for cruise lines, terminal operators, and real estate developers interested in creating a new state-of-the-art cruise terminal in a prime location for expansion of west coast cruise travel at America’s busiest port. Located on the south end of an extensive LA Waterfront development, the proposed 13-acre site offers unique panoramic views of the coastline and Catalina Island. The area is currently used as a concert venue, special event site, and temporary berth location for cruise ships.

The U.S.-China tariff Opens a New Window. spat has led to a reduction of ships coming in from China and a spike in other Asia countries, according to Mario Cordero, the executive director of the Port of Long Beach. “At least in the first six months of this year, there has been a change of 22% reduction from the China origin of the cargo,” he told FOX Business Cheryl Casone on “The Claman Countdown.” Officials at the port announced earlier this month that cargo volumes in July were down compared to the year before, seeing a 9.7% drop.

A dockworker died on May 15 morning and another suffered severe injuries in an accident involving a top loader container handler at Pier 300 in the Port of Los Angeles. “My heart goes out to the families of the victims of this tragic accident and to all the brothers and sisters of the International Longshore and Warehouse Union,” said Port of Los Angeles executive director Gene Seroka. “It’s particularly tragic that this accident occurred on the day of the ILWU’s annual ‘First Blood’ event, which honours those who have lost their lives working on the waterfront.” Rachel Campbell, a spokeswoman for the Los Angeles Port Police, said the top loader was “faulty”. Investigations into the accident continue.