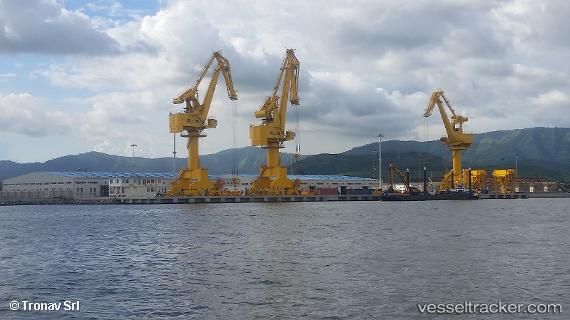 With Chinese and Cuban construction specialists survey, the work on a new multipurpose terminal at the Guillermón Moncada Port in Santiago de Cuba has officially began. This large multipurpose maritime terminal for Santiago de Cuba will convert the present harbour into an efficient installation for industry and trade. A231-meter long dock will become a multipurpose maritime terminal capable of handling modern ships and equipped with large dockside cranes, rail and road connections and ample storage facilities. The terminal is part of an industrial development zone financed by the Chinese government and built with Chinese guidance. The work is funded with a $120-million loan from Beijing and will be performed by the China Communications Construction Company. Currently, the port can handle ships of up to 20,000 tons. After the bay has been dredged to a depth of 14 meters, the port will be able to service ships of up to 40,000 tons. This will mean a potential processing of 565,000 tons of goods per year, according to Cuban specialists.