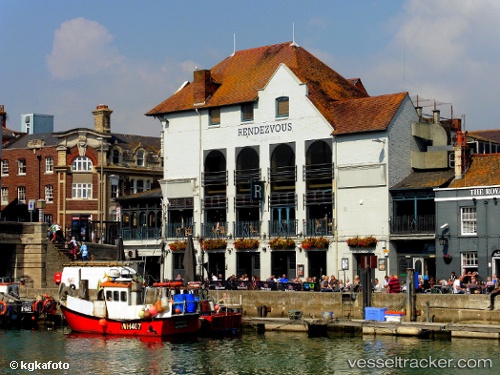 A start-up ferry company plans to start a cross-Channel service from Weymouth next year. High Speed Ferries aims to run sailings to Cherbourg from a terminal at the Dorset resort vacated by Condor Ferries. The company originally hoped to have crossings operating from next month but the date was pushed back after the local council said it needed further financial backing. The firm now aims to launch the western Channel service in January or February. Director, Jonathan Packer, told the BBC: "Starting in early 2017 will give us time to secure the best fast ferry and to develop the necessary port facilities to meet our scheduling requirements. "This includes the facilities needed to meet the new immigration and customs requirements at Weymouth. It also meets our investors' wish for a slower start-up than originally envisaged. "Recent, positive meetings with the Port of Cherbourg and senior officers from Weymouth & Portland Borough Council have demonstrated their continued support. We are working together on preparations for the service." Condor relocated its cross-channel services to Poole last year following the introduction of a larger high-speed vessel. Weymouth and Portland Borough Council spent £4.5 million repairing the ferry port after the harbour wall collapsed in 2012.High Speed Ferries said the crossing to Cherbourg would take less than two hours and create 90 jobs in Weymouth and Portland.source: travelweekly

Condor Sets Sail from Weymouth for the Last Time

Condor Ferries have made their final sailing from Weymouth. Cross-channel ferry services from Weymouth have come to an end with the final sailing to Guernsey. Condor is to operate a new and larger ferry on a single service from Poole instead as Weymouth's port is deemed too small. Poole's bigger facilities can accommodate their new vessel - the Condor Liberation. Condor Liberation marks a £50 million investment and, according to the ferry company, a 'new era in sea travel'. She'll make her maiden voyage this Friday. The ferry, which features the brand's new colours - dark blue, pink and gold - has Duty Free shop, children's play area, plus a range of eating and drinking outlets.