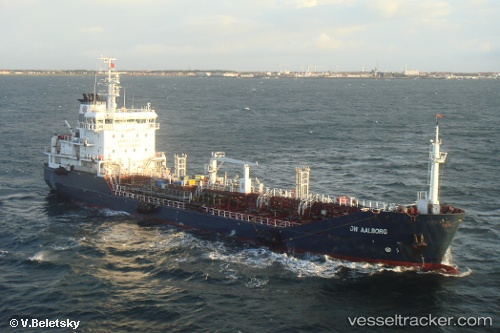 Nov 26 (Reuters) – OW Tanker, a unit of bankrupt OW Bunker and owner of its marine fuel supply ships, has been taken over by a newly-created company, the fleet manager told Reuters on Wednesday. OW Bunker, the largest ship fuel supplier in the world, collapsed earlier this month after it said it had lost almost $300 million in hedging losses and unauthorised credit lines given in Singapore. Henrik Pedersen said the takeover by Alba Tanker ApS, which has the trustees of the bankrupt company on its board, is part of the process of securing assets for the estate. “We are not a very big part of the company,” Pedersen said by telephone. “We’re the ship-owning part of OW Bunker and Trading. And that was our biggest client, of course, but we have always been run as a separate company.” OW Tanker owned 10 vessels and chartered 19, according to its website. Pedersen said it employs around 115 people, mostly vessel crews, and is now looking for new clients. PricewaterhouseCoopers (PwC) said it had agreed with ING Bank NV and OW Bunker’s trustees to work together in recouping some $750 million the company owes to a group of 13 banks, including ING.

Danish marine fuel supplier OW Bunker has filed for bankruptcy less than 48 hours after its world was rocked by an alleged $125 million bunker fraud scandal uncovered at its Singapore-based subsidiary Dynamic Oil Trading (DOT). A statement from OW Bunker late Friday said the company has no choice but to file for bankruptcy, adding that the the probate court in Aalborg in northern Denmark has now issued bankruptcy order in OW Bunker A/S. Following an internal investigation within the company, OW Bunker says it has decided to report two senior employees of DOT to the police pursuant to section 299 of the Danish penal code and has relieved them of duty immediately. Chairman of the Board of Directors, Niels Henrik Jensen commented: “Since the credit facility was closed down on Wednesday, the underlying business has eroded significantly. The banks hold mortgage over all receivables and consequently, without the provision of new, significant credit facilities in the immediate future, it is not possible to save the remaining business. It is now clear that such facilities will not be made available. Nor is a sale as going concern a realistic option. We are therefore left with no option but to file for bankruptcy. On behalf of the entire board of directors and management, we deeply regret this outcome and the consequences affecting the company, its employees, shareholders and business partners.”

OW Bunker has announced the acquisition of two "state-of-the-art" bunker barges OW Copenhagen and OW Aalborg, built in 2006 and 2005 respectively, which will operate within the Nordic region of Europe. According to the emailed press release, both oil major approved vessles are double-hulled 3,500 dwt tanker barges with a tank capacity of 4,260 m3 and pumping rates of up to 600 m3/hr. The bunkering vessels are also both fitted with Coriolis mass flow meters for measurement of the volume of fuel delivered. Prior to the acquisition, OW Bunker operated both vessels on a bare-boat charter from international shipping company the Clipper Group.