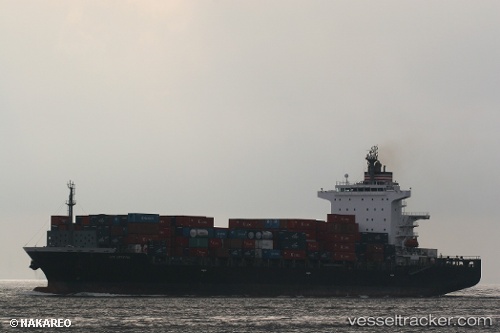 On Nov 18, 2019, the families of seven sailors who drowned on board the destroyer USS 'Fitzgerald' joined 40 shipmates injured in the collision with the 'ACX Crystal' to sue the Japanese company that had chartered the vessel. The collision would have been entirely avoidable had the crew and officers of the 'ACX Crystal' followed established international navigation rules specifically created to prevent collisions at sea, lead attorney said in a statement. The complaints seek more than $287 million in damages.

The USS" Fitzgerald" was in collision with the "ACX Crystal" on July 17, 2017, because an officer steering the warship failed to recognize the danger posed by the oncoming vessel, the Japan Transport Safety Board concluded on Aug 29, 2019. According to the board's report, USS "Fitzgerald" was sailing at a speed of about 37 kilometres per hour in the sea east of the Izu Peninsula in Shizuoka Prefecture after leaving U.S. Yokosuka Naval Base in Kanagawa Prefecture. The "ACX Crystal" and another vessel were sailing eastward side by side at that time and approaching from the right front of the warship. USS "Fitzgerald" crossed in front of another vessel at 01.28 a.m. before colliding with the "ACX Crystal" two minutes later. A crew member of USS "Fitzgerald" alerted an officer in charge of steering the vessel of the danger of collision 10 minutes before the accident occurred. But the officer, who was distracted by the other vessel, did not heed the warning and steamed ahead without slowing USS "Fitzgerald". A subsequent disruption in the destroyer's radar system made it impossible for a crew member to have a picture of the ship's surroundings, but no lookouts were put in place. The officer recognized the danger of a collision only three minutes before it happened. The officer of USS "Fitzgerald" ordered evasive measures, including steering to the right and increasing speed and turning to port side, but withdrew those orders soon afterward. The board said the "ACX Crystal" was too slow to take evasive action as it believed that USS "Fitzgerald" had the primary responsibility to avert a collision. Seven U.S. sailors were killed in the accident, and the captain of USS "Fitzgerald" was later relieved of his command and two other top officers removed from duty aboard the warship.

Almost two years after the collision of the US Navy destroyer USS "Fitzgerald" with the "ACX Crystal" 56 miles SW of Yokosuka on Jun 16, 2017, on April 16 the USS "Fitzgerald" left the drydock and continued repairs at Pascagoula, as another step toward returning to the fleet as a fully ready, combat-capable ship. The ship achieved a milestone in its complex repair and restoration as it successfully launched and moored pier-side at Huntington Ingalls Industries (HII) - Ingalls Shipbuilding shipyard. To restore the impacted spaces to full operations and functionality, various Hull, Mechanical and Electrical (HM&E), Combat System (CS) and Command, Control, Communications, Computers and Intelligence (C5I) repairs were being conducted. Report with photos: https://news.usni.org/2019/04/16/uss-fitzgerald-leaves-mississippi-drydock-after-more-than-a-year-of-repairs