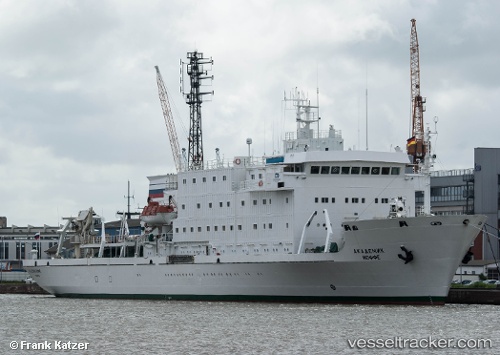 The investigation report released on June 8, 2021, by the Transportation Safety Board of Canada (TSB) on the 'Akademik Ioffe', which ran aground in the Canadian Arctic on Aug 24, 2018, identified a number of safety deficiencies, as well as risks to be addressed: The 'Akademik Ioffe' was sailing through a remote area where none of the crew had ever been before, and which was not surveyed to modern hydrographic standards. It deviated from its original voyage plan over concerns about the weather impacting a planned passenger excursion. In preparing a new voyage plan to accommodate this, the master relied on a Canadian chart but was not aware it contained only partial bathymetric data, and he thus took no additional precautions to mitigate the risks of navigating in this area. Meanwhile, the low-water depth aural alarms on both echo sounders regarded as a nuisance had been turned off. Just prior to the grounding, the Officer of the Watch was multi-tasking and the helmsman was steering the vessel. With no other crew engaged in monitoring the situation or navigation equipment, the under-keel water depth steadily decreased. The vessel ran aground on an uncharted shoal before evasive measures could be taken. With more than 85 percent of Canadian Arctic waters having inadequate hydrographic data information, the likelihood of a similar occurrence involving passenger vessels engaged in adventure tourism is high. When incidents do occur, the cold, vast, and sparsely populated region presents additional risks to passenger survivability. This is compounded by a lack of timely search and rescue response in the area. Given these risks and with passenger vessel traffic in the Arctic on the rise additional steps are needed. That?s why the TSB issued recommendation M21-01, urging the major change agents Transport Canada and the Department of Fisheries and Oceans to develop and implement ?mandatory risk-mitigation measures for all passenger vessels? operating in these waters. Although the recommendation is not prescriptive, the Board highlighted optional measures which could include requiring more detailed inspections of vessels prior to entering the Arctic or possibly prohibiting vessels from transiting Arctic waters not adequately surveyed. Other measures noted in the report include mandatory carriage of additional navigational aids, mandatory use of supernumerary navigational experts, or ensuring other vessels are always nearby. Regardless of what measures are taken, the TSB report is clear: more needs to be done to mitigate risks, improve passenger safety, and protect a fragile and susceptible Arctic environment.

While the "Akademik Ioffe", sustained some damage, the severity was yet unknown. On Aug 29 the vessel remained at anchor in pos. 69° 44.80' N 091° 16.42' W in stable condition and there is no immediate danger. The Canadian Coast Guard confirmed that there is no indication that the grounding has had any environmental impact. The ship will remain stationary until a port of call has been confirmed. Any necessary repairs will be undertaken while the vessel remains anchored in its current position. Transport Canada employees were en route to the vessel including two inspectors from the Transportation Safety Board, who were to determine what level of investigation the agency will conduct. Report with photo: https://e360.yale.edu/features/in-the-melting-arctic-harrowing-account-from-a-stranded-ship