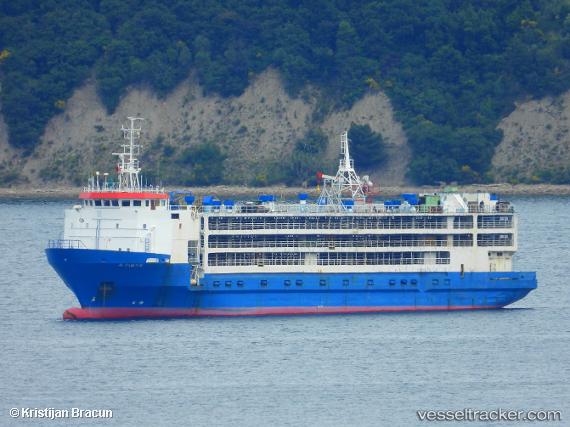 The Sahiwal Express was loaded with around 2,800 head of cattle this week in Broome, in what is expected to be the last live export shipment from the Kimberley this year. Media player: "Space" to play, "M" to mute, "left" and "right" to seek. 00:00 00:00 AUDIO: Kevin Schellack says it has been another big year for live exports out of Broome, WA. (ABC Rural) Cattle ships will continue to be loaded in southern Western Australia, as well as Darwin in the Northern Territory and Townsville in Queensland, as exporters look to supply Indonesia's demand for 100,000 to 150,000 head before the end of the year. Kimberley Ports Authority CEO, Kevin Schellack, said it had been another good year for the live cattle trade out of the Broome. "We've had a total of 23 vessels [live export ships] through the Broome port this year," he said. http://www.abc.net.au/news/2016-11-10/last-kimberley-cattle-ship-for-the-year-leaves-broome/8007022?section=wa

The live cattle trade to Indonesia is up and running for the year, with the first shipment of 2015 leaving Darwin port last night bound for Jakarta. The Sahiwal Express was loaded with just under 3,000 head of feeder cattle, mostly sourced from the Northern Territory, but with a few Queensland cattle on board as well.

The live export season has officially wrapped up in the north of Western Australia, but under unusual circumstances. The last cattle ship was due out of Wyndham this week, but at the last minute the Sahiwal Express was diverted to Darwin. Steve Forrest, from the Wyndham Port, said organising cattle became a problem. "I think there were some issues with getting enough cattle out of this region," he said. "I think the cattle are here but maybe there were some mustering issues, or timing issues, so it (cattle ship) was diverted to Darwin." The Wyndham Port ends the year having shipped over 41,000 head of cattle.