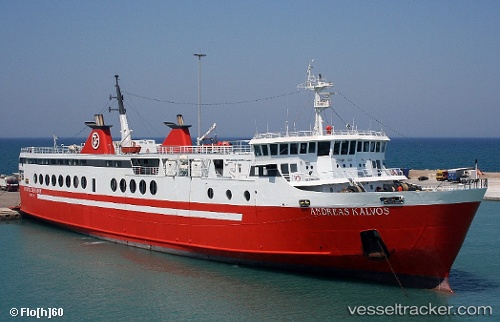 Ship had technical trouble in Sami

The Port Authority of Sami was notified in the afternoon of Nov 1, 2019, by the Captain of the 'Andreas Kalvos' which was berthed in the port of Sami on its scheduled itinerary for the Piso Aetos Ithaca port, about damage to the central vehicle ramp. The Port Authority banned the ship from sailing, and the 20 passengers and seven vehicles were forwarded to their destination with the care of the shipowner. Subsequently, upon presentation of a certificate by the attending classification society, the ship was released.

The Port Authority of Kefallinia was informed on Aug 3, 2019, at noon , that the "Andreas Kalvos" which was operating a scheduled route from Patra to Sami - Ithaca - Sami Kefallinias, suffered a failure of the air conditioning. Upon the arrival at the port of Sami Kefallinia, the Ship Inspectorate found a damage to the air-conditioning unit's motor. The port authority of Kefalonia submitted a certificate of damage.

Greek media report that ANMEZ/Zante Ferries’ ANDREAS KALVOS has been sold to Levante Ferries, ANMEZ’ operational partner in the Ionian Group. Earlier this year, the now defunct Kefalonian Lines was close to acquire ANDREAS KALVOS, yet the deal fell through.