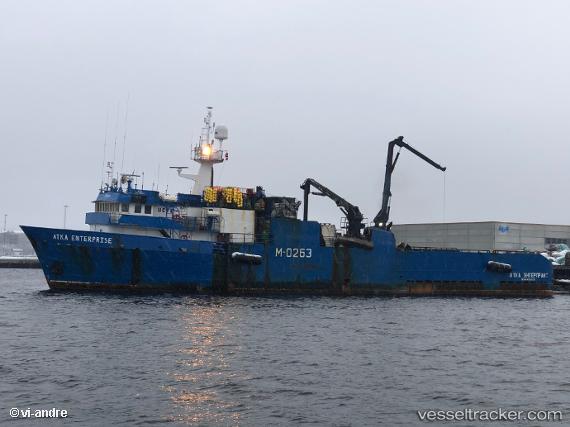 The "Sapphire 2" which was under arrest in Tromsø four months ago, had to be saved by the Norwegian Coast Guard vessel "Svalbard" on Feb 10, 2012. OnIn the night of Feb 9 the "Svalbard" was called from the Russian trawler 14 nautical miles northeast of Bjørnøya. The trawler's propeller had got fouled by ropes and a hose during the transfer of a bunker hose from a tank vessel. The ship had to be towed to shore. The tow was taken up by the "Svalbard" in the morning of Feb 9 towards the Fugløyfjorden in North Tromsø , which was a distance of 250 nautical miles, in challenging conditions. In the night of Feb 10, the wind increased to hurricane force from SW with more powerful storms approaching. After the ship was finally anchored in Tromsø, divers started to remove the obstructions. Norwegian report with photo: http://www.lofotposten.no/lokale_nyheter/article5923650.ece

Hearings into the detention of the "Sapphire-2" by the Norwegian Coast Guard have started in the port town of Tromsoe by Oct 3, 2011. The "Sapphire-2" was detained on September 28 in the Barents Sea near the Spitzbergen archipelago on suspicion of illegal fishing and throwing the fish overboard. The Russian crew denies the charges.

Russia has sent a note of protest to the Norwegian ambassador to Moscow over the detention of the "Sapphire" near the Svalbard archipelago, where maritime borders between the two countries remain undemarcated. The Norwegian Ambassador to Moscow Knut Hauge was sent a note of protest after the Norwegian Coast Guard had detained the Russian fishing vessel on September 28, 2011, in the so-called "fishery conservation zone" in the Svalbard archipelago. Norwegians, who blame Russian fishermen for discarding fish from the vessel, escorted the ship to the Norwegian port of Troms for investigations. Moscow demanded an immediate release of the vessel.