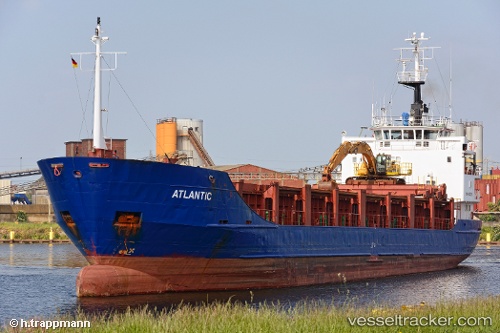 Exhausted and drunk captain blamed for grounding off Sweden

The captain who fell asleep at the helm has been blamed for the grounding of the "Atlantic" on Sep 23, 2018. The exhausted captain fell asleep after drinking alcohol. The man was alone on the bridge at that time according to the Swedish Accident Investigation Authority (SAIA). AIS data showed that no corrections were made for the course before the accident. The captain and another officer were arrested by the police after the grounding. SAIA indicated the lack of navigation due to the fail of the captain and the absence of a lookout. The BNWAS alarm system for the guard on the bridge was shut down. Another contributing factor was the ship's limited crew in combination with the company's ISM, which provided insufficient support to the master. The operator, the Danish shipping company Venus Shipping, has been recommended to review its security and audit systems.

The Swedish Accident Investigation Commission is now ready with its report, published on Aug 21, 2018, on the grouinding of the "Atlantic" south of Oskarshamn. The report showed that the captain had consumed alcohol, fell asleep and an alarm system was shut down. The "Atlantic" had left Oskarshamns loaded with pebbles and gravel bound to Visby. But the vessel instead headed south south of Oskarshamn. The captain was alone on the bridge at the moment, and he was asleep. Later it turned out that he had been affected by alcohol and in November the captain was sentenced to four months in prison for being drunken at te helm and gross negligence in maritime traffic. The mate was sentenced to two months in prison. In its report the accident commission stated that the ship did not keep a proper lookout, and this was a consequence of the ship's limited crew. The commission also wrote that the alarm system for watchkeeping officers on the bridge (BNWAS) was suspended, which could have prevented sleep or at least warned the other crew members. Full report: https://www.havkom.se/assets/reports/RS2018_04-ATLANTIC.pdf

The "Atlantic" which had sailed from Kaliningrad on Apr 17, 2018, at 1.45 a.m. ran aground upon entering the port of Rønne upon Bornholm at 10 p.m. It got stuck next to the reeder quay. The grounding was probably caused by the relatively low water level in the port basin at the time of the accident. No damage was reported, and the "Atlantic" managed to refloat with own power. The Danish Maritime Authority detained the vessel at the Skærve Quay until the ship's seaworthiness has been approved. The ship left the port again on May 2 at 8.45 p.m., bound to St. Petersburg, ETA May 5, 10 a.m.