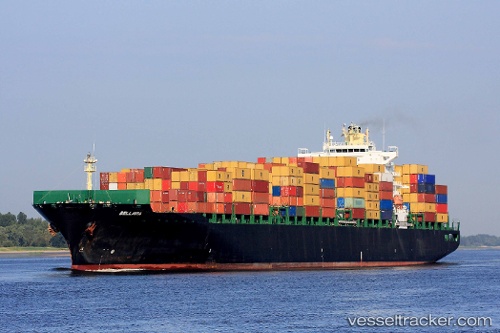 Dejan Vodopic, a Croatian citizen and M/V Bellavia cargo ship’s chief engineer, who was indefinitely held by United States officials for almost a year pending an investigation into environmental violations, has through his legal representatives Arent Fox LLP negotiated a plea deal that includes a probationary sentence and a fine of USD 15,000 on one count of a conspiracy for failure to report a hazardous condition. In October 2013, Dejan Vodopic was accused of discharging oil into the Pacific Ocean in violation of international maritime law. As a result, Vodopic and 11 other crew members were held in the United States pursuant to a security agreement between the operator of the M/V Bellavia and the U.S. Government. The agreement provided for the release of the vessel in exchange for the indefinite detention of the crew members. Vodopic and the other crew members were never consulted or shown the agreement. “Dejan and the rest of the crew were held without due process rights,” said Michael Zweiback, a former Assistant US Attorney, who led a team from Arent Fox. http://worldmaritimenews.com/archives/138681/chief-engineer-freed-after-striking-plea-deal/

A German shipper has been ordered to pay $1.25 million for failing to report damage to one of its cargo ships after it arrived at the Port of Long Beach in 2013, damage that may have leaked fuel oil into the ocean, the U.S. Attorney’s Office announced Friday. Herm. Dauelsberg GmbH & Co. KG pleaded guilty to two felony environmental charges related to one of its cargo ships, M/V Bellavia: one count for not maintaining accurate records involving the overboard disposal of fuel and another count for not reporting the “hazardous condition” to the U.S Coast Guard. “We think this is a very serious case and companies that come into our ports need to be completely honest with the Coast Guard,” said Assistant U.S. Attorney Mark A. Williams, who works in the agency’s Environmental Crimes Section. “If they are taking advantage of our ports, they can’t dump oil and lie to the Coast Guard about it.” The company could not be reached for comment Friday. The hull of the 960-foot-long, Panamax-size M/V Bellavia cracked while traveling through the Panama Canal in 2011 and over time the crack was so wide that seawater could enter one of the ship’s fuel tanks, according to the U.S. Attorney’s Office. The company admitted that the ship sustained a crack that passed through its hull into a fuel tank after hitting the canal again in September, something the company it should have disclosed to the Coast Guard. The crew then pumped nearly 120,000 gallons of oil-contaminated seawater into the ocean without using an oil-water separator that filters oil out of the water being dumped. Federal law mandates that the crew must record the discharge and make the Coast Guard aware of the action when it came to the Port of Long Beach in October 2013. The company was taken to task after four M/V Bellavia crew members furnished evidence, including pictures and video footage of the fuel leak, to the Coast Guard. The crew members received an equal share of $500,000 from the fine for coming forward. The U.S. Coast Guard’s Marine Safety Office, the Coast Guard Investigative Service, and the U.S. Environmental Protection Agency’s Criminal Investigation Division investigated the case, which was brought before U.S. District Judge George H. Wu. Wu on Thursday levied on the company the statutory maximum fine of $1 million, along with a $250,000 payment to the Channel Islands Natural Resources Protection Fund that will fund efforts to help enforce environmental and public safety regulations. Source: Long Beach Press Telegram