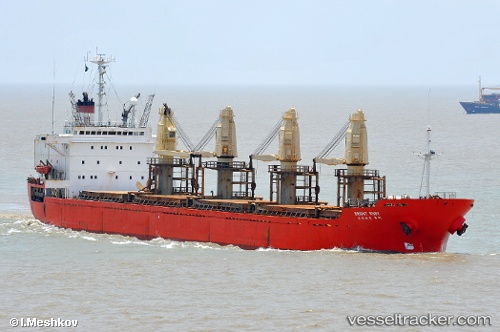 Rescuers have saved 15 crewmen from a South Korean ship that sank in the South China Sea and a search is continuing for six still missing, Seoul's foreign ministry said Wednesday. A ministry official said six Koreans and nine Myanmar crew had been rescued as of Wednesday while three Koreans and three Myanmar men remain missing. "The search is still going on," the official told AFP without giving further details. The 15,000-tonne bulk carrier Bright Ruby, which survived an encounter with Somali pirates in 2008, lost contact after leaving the Malaysian port of Penang on Monday en route to China with a cargo of steel. Hong Kong's maritime rescue centre has coordinated the search and sent aircraft to search the area. It said eight ships in the vicinity picked up the 15 crew members who have been saved so far. It was not immediately clear why the Bright Ruby sank but it was presumed to have been battered by high waves and strong winds. http://www.asiaone.com/News/Latest%2BNews/Asia/Story/A1Story20111123-312207.html

Two Government Flying Services aircraft are helping in a search for seven crew members of South Korean ship 'Bright Ruby' which has sunk in the South China Sea. A Marine Department spokesman says 14 members of crew have been rescued but four Burmese citizens and three Koreans are missing after the "Bright Ruby" went down around 338 nautical miles south of Hong Kong. Two mainland military vessels are also involved in the search for them. Reports say the freighter may have been battered by high waves and strong winds.