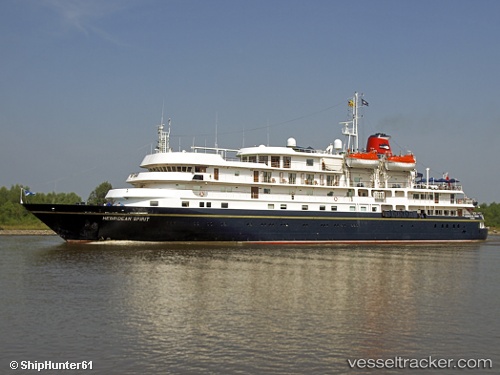 The "Caledonian Sky" has damaged about 18,900 square metres of coral reef in Raja Ampat, one of the most biodiverse marine habitats on Earth and a favourite with intrepid travellers and divers due to its palm-fringed islands, coral and fish, increasing the estimate of the devastation caused when the vessel ran aground. The "Caledonian Sky" smashed into the reefs at low tide around Kri, one of hundreds of small islands in Raja Ampat, after taking tourists on a bird-watching expedition. The boat, which was carrying 102 passengers and 79 crew, was grounded on the reefs and only refloated later on a high tide. Numerous attempts to free it using a tug failed, causing further damage to the corals. An assessment led by a local university had estimated the damage from the March 4 accident at 13,500 square metres. But after a survey involving marine researchers, government and the insurers, authorities announced that 18,882 square metres of corals had been affected. The Indonesian government was still calculating the financial impact of the accident, and it would be announced early April. The company and the insurers are committed to paying compensation. The incident in West Papua province infuriated the government, who last week summoned the British ambassador to protest, while local residents believed it would impact the tourism industry and the livelihoods of fishermen. Noble Caledonia has apologised for the accident and they were working to reach a settlement with the government.

Cruise ship captain may be charged for destruction of pristine reef

After the "Caledonian Sky" crashed into a pristine coral reef, the captain may be charged, Indonesian authorities said Wednesday. The cruise ship had run into the reefs at Raja Ampat on March 4, which is frequently included on lists of the the world’s most beautiful coral reefs and is often described as an “untouched” beach paradise. According to the Information and Law Bureau of the Coordinating Ministry for Maritime Affairs, it was simply impossible to restore that part of Raja Ampat. Fish that were normally seen in that particular area were all gone. More than 13,000 square meters of reef were destroyed, Ketut Putra, the vice president of Conservation International Indonesia, said.

The "Caledonian Sky" ran aground on a coral reef near Kri Island, off Raja Ampat at the coast of Indonesia on March 4, 2017 at noon. The ship was operating in a remote area off Kri Island when it grounded on an unchartered shoal. All 102 passengers and 79 crew members were safe, and there was no need to evacuate the ship following the incident. The vessel was refloated on the next tide and was anchored safely nearby to allow a full assessment of the hull and machinery to be made. That inspection revealed nothing more than superficial damage and after liaison with the relevant local authorities, the ship sailed to take up a slightly revised version of its 16-night sailing from Papua New Guinea to the Philippines. The vessel set sail from New Britain Island on Feb 25 and was scheduled to arrive in Manila on March 14. Meanwhile, an investigation has been launched amidst concern about damage caused to the coral reef . The operator Noble Caledonia was co-operating fully with the relevant investigating authorities. Report with photos: http://www.maritime-executive.com/article/cruise-ship-grounding-damages-popular-dive-site