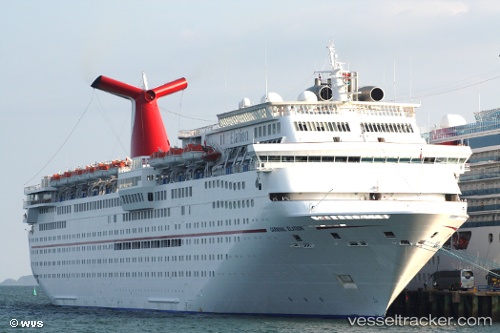 In the afternoon of Feb 23, 2020, the 'Carnival Elation' encountered three different issues which forced the ship to skip the call at Amber Cove. Due to the combination of weather, a medical evacuation, and a technical issue, the ship had to change its itinerary. Unfavuorable weather conditions caused the turnaround in Port Canaveral to run later than planned. Following the departure, the ship had to return to port to conduct an urgent medical evacuation for one of the passengers. In addition the crew was working to resolve an issue that was affecting our maximum cruising speed. This meant that the ship would have to skip its scheduled visit to Amber Cove, have a day at sea on Feb 24 and proceed to Grand Turk as scheduled. Carnival Cruise gave each passenger a $50 onboard credit.

The 'Carnival Elation' suffered technical issues which caused the ship to skip two of its scheduled ports and make an unplanned visit to a third. After leaving Port Canaveral on Jan 11, 2020, the ship was slated to spend a day at sea before calling on Amber Cove. On Jan 12 the ship was making unusual sounds and sailing at a reduced speed. Captain Mark Harlow informed the guests on Jan 13. Efforts to resolve the issue were in vain, so it became necessary to revise the itinerary. The call at Amber Cove was skipped, and the ship intended to sail to Grand Turk as scheduled on Jan 14. Each guest would receive a $50 onboard credit. But then the visit to Grand Turk was also canceled. The captain explained that high winds were responsible for the port being skipped. Passengers were issued a second $50 onboard credit for missing Grand Turk. Eventually, the decision was made to dock in Nassau on Jan 15. The ship is scheduled to return to Port Canaveral on Jan 16and, after disembarking guests, depart on a four-night run to the Bahamas.