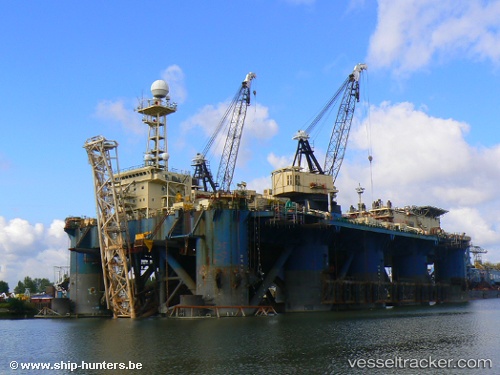 On Jan 4, 2019, at noon a fire broke out in the engine compartment of the "Castoro Sei" which was docked at the Eurogate terminal in Limassol. All 172 crew members were evacuated as a precaution, the fire could be brought under control by the fire rescue, but it took several hours to be extinguished completely. It was caused by a generator. The platform was to be moved to Egypt. The vessel sailed from Limassol on Feb 28 and remained stationary at Damietta anchorage as of March 4.

Italy-based oil and gas contractor Saipem has exited the South Stream offshore pipeline project, which will connect Russia with Europe via the Black Sea. The contract was granted a termination of convenience for its contract at the project, where its pipelaying vessel Castoro 6 (28,000 dwt, built 1978) was in the process of mooring in Russian waters to begin laying a pipeline. The specific reason for the termination was not disclosed. http://splash247.com/saipem-exits-south-stream-pipeline-project/

STX Finland Oy and Saipem S.p.A have signed a contract covering major overhaul and maintenance of the semisubmersible pipelay vessel Castoro Sei. The work on the ship, providing employment for as many as about 1,000 people, will be completed by STX's Turku shipyard. The Castoro Sei is a 152 m long and 70.5 m wide semisubmersible pipelay vessel, owned by Italian offshore company Saipem S.p.A. It is currently deployed in laying the pipeline for the Nord Stream project on the Baltic Sea. http://www.marinelog.com/index.php?option=com_content&view=article&id=776:2011apr00210&catid=1:latest-news&Itemid=107