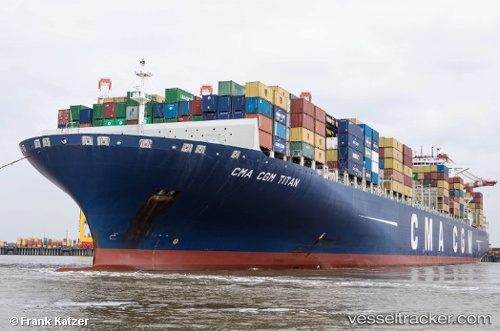 Egypt received a show of international support on Thursday as it inaugurated a major extension of the Suez Canal which President Abdel Fattah al-Sisi hopes will power an economic turnaround in the Arab world's most populous country. "We promised a gift to the world and we accomplished it in record time - an additional artery for prosperity and for connecting civilization to enhance the movement of international trade," he said, as the first vessel, a container ship called CMA CGM TITAN, blew its horn and passed through the canal. The $8 billion (about RM31.2 billion) project was completed in just one year instead of three on Sisi's orders, but economists and shipping analysts question whether there is sufficient traffic and east-west trade to meet its ambitious revenue targets. The canal expansion is the centrepiece of a grand agenda by Sisi to cement his tenure as the man who brought stability and prosperity to Egypt after he ousted elected Muslim Brotherhood President Mohamed Mursi in 2013 following mass protests. The inauguration ceremony was also intended to bolster his international standing in the presence of French President Francois Hollande, Russian Prime Minister Dimitry Medvedev, King Abdullah of Jordan, the emir of Kuwait and the king of Bahrain. Report with video: http://english.astroawani.com/world-news/egypts-sisi-opens-new-suez-canal-says-defeat-terrorists-68768

The CMA CGM group has named its latest 11,400-TEU newbuilding, the CMA CGM Titan, at a ceremony at Dunkirk, one of 10 ports serviced by the carrier on Europe's Atlantic front. The vessel is the eighth containership in a series of 12 named after constellations, such as Andromeda and Cassiopeia. The CMA CGM Titan is equipped with the fast oil recovery system, an electronically controlled engine and a twisted leading edge rudder, ShedNet reports.

French shipping giant CMA CGM has received its first of two 11,388-TEU ships from Hyundai Heavy Industries ordered in June and September 2006. The CMA CGM Titan and CMA CGM Cassiopea will join its Far East-Europe FAL 3 loop upgrading its current ship sizes between 8,500-9,500-TEU. The vessels are ninth and tenth of a series of 12 built 18 months ago, but mothballed at the yard during the company's troubled times.