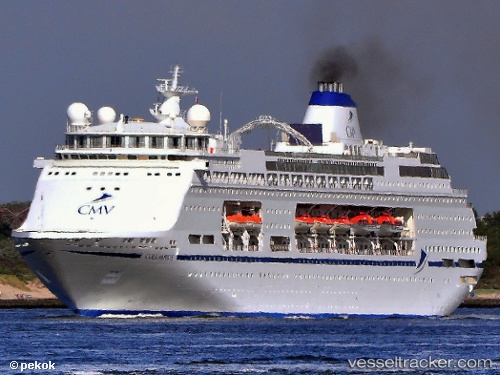 The 'Columbus' which had departed on Jan. 6 from London for a 120-day world cruise, planned to dock at the London Cruise Terminal in Tilbury on April 14 with 907 passengers and 619 crew members on board. On April 11 she was located in the Atlantic just north of Portugal. On April 3, the company told no one on board was showing COVID-19 symptoms.

178 passengers from the 'Columbus' which was in Phuket abandoned the vessel on lifeboats to join the cruise shipo 'Vasco da Gama' so they could go back home. As cruise lines continued to work on getting their vessel back to port safely after suspending operations passengers on a the ship operated by Cruise & Maritime Voyages took the quickest way to get back home option. Passengers who lived in Australia were given the option to remain onboard the 'Columbus' as it sails back to the UK or abandon ship on lifeboats to get back to Australia which is much closer. A total of 178 guests disembarked the vessel on lifeboats off Phuket onto the 'Vasco da Gama' which was nearby and heading for Fremantle, ETA March 27. The 'Columbus' was not scheduled to arrive in the UK until April 13, 2020. The ship was sailing a world cruise which has been aborted.Cruise & Maritime Voyages suspended all operations starting from March 13 for six weeks until April 24 Report with photos: https://www.cruisehive.com/cruise-passengers-abandon-ship-via-lifeboats-to-get-back-home/38522