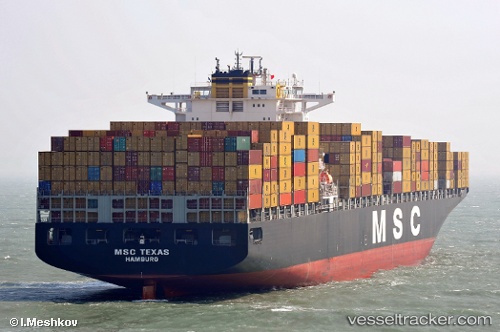 On Oct 5, 2020, at 5.50 a.m. the general alarm on the 'Conti Makalu' was sounded to assist the f/v 'Angel del Mar'. Three hours earlier the container vessel was nominated to an SAR operation off Panama's west coast where the fishing vessel had issued a distress signal in position 06 56.7 N 081 55.5 W. The container ship set course and approached the scene with full caution. Upon arriving tthe 'Angel del Mar' with four crew members on board, she was taken alongside at port side. The fishermen claimed non threat of health but completely ran out of stock of food, drinking water, lub oil and fuel. The crew instantly supplied them with the needed for eight days, and the fishing boat was relieved at noon, ready for their journey back home. The container ship resumed the voyage to Panama and reached Cristobal at 8.45 p.m. Report with photo: https://de.linkedin.com/company/nsb-niederelbe-schiffahrtsgesellschaft-mbh-&-co--kg?trk=organization-update_share-update_actor-text

African box specialist NileDutch has taken in its largest containership in its 20-year history. Alphaliner reports that the Rotterdam-headquartered line has chartered in the 8,189 teu Conti Makalu for six to 12 months at $12,750 per day. The Conti Makalu surpasses the 7,403 teu NileDutch Panther as the largest ship in the company’s fleet.

The largest ship in the Alabama State Port Authority’s history docked at its APM Terminals Mobile facility on Monday afternoon. According to the Press-Register, the MSC Texas, a container ship measuring 1,096 feet long and 141 feet wide, docked in Mobile to load and unload 500-600 containers while at the port. Port Authority Director Jimmy Lyons said there has been a steady increase in Post-Panamax vessels at the Port of Mobile due in part to infrastructure investments there.