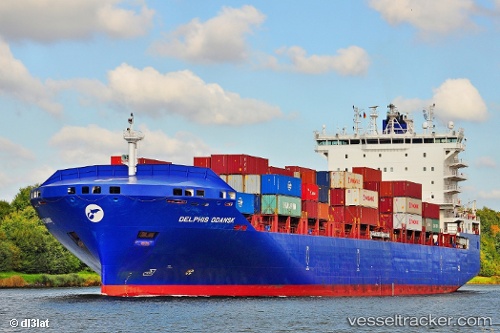 Lost cargo to be burnt in power station

While the "Delphis Gdansk" remained in Gdansk under repair after colliding with the "BBC Neptune", actually under repair at the Lloyd Yard in Bremerhaven, in the Great Belt on March 27, part of the cargo will now be burnt. Large quantities of bananas, cardboard and plastic had landed on the small island of Endelave. The Horsens municipality has since spent much time on getting the coastline cleaned. On average, seven men of the Service and Preparedness collected waste with shovels, rubs and rubbers. In total, 20-25 tonnes of waste have been collected by the Horsens Municipality's Environment and Nature Department. The 30 kilometer long stretch of coast has now been cleaned and the waste was on its way to the Horsens power station, where it will be disposed of.

The recovery of the two containers lost from the "Delphis Gdanks" in the Great Belt which were resting in a depth of about 35 meters depth may well pull out. The two ships' flag states, Liberia and Hong Kong, will initially decide what to do. the Danish Maritime Accident Commission was negotiating with the flag states about who will do the analysis and write a report. If they do not, the commission must act, but it is their responsibility. There was currently no information that the two containers would contain goods that could endanger the marine environment. The "Delphis Gdansk" has left the port of St. Petersburg after a stay of three days on Apr 6 at noon and berthed at the Bronka Container Terminal at 2.40 p.m. The ship finally arrived at the Gdanska Stocznia Remontowa Shiprepair Yard in Gdansk on Apr 10 at 9.20 a.m. after having discharged the cargo at Lomonosov