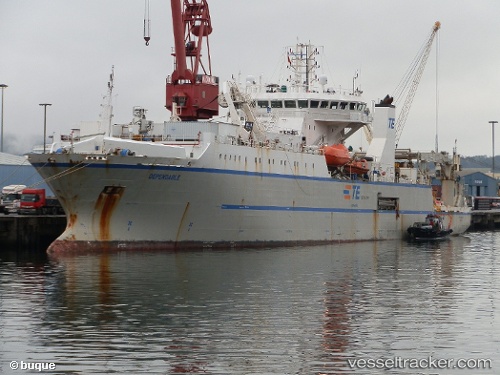 On Sep 17, 2016, the crew deployed on the "Dependable" rescued 14 fisherman in the Arabian Sea off the Maharashtra Coast near Mumbai. The Indian fishing boat FV Datta Sai sank with 16 persons aboard. They had no personal floatation devices and no VHF radio. The "Dependable", in transit between work sites, came across the fisherman clinging to floating debris and treading water, and all hands were called to enact an immediate water rescue which was a complicated and dangerous effort that required excellent communication and everyone’s commitment. The captain Yann Durieux had to maneuver the ship to keep the men in the water away from thrusters while everyone in the crew contributed, whether it was throwing life-rings to the men in the water, pulling survivors onto our ship, or bringing them blankets and food and tending to their needs. All hands were on deck as the crew spread out on weather decks, the bow, stern, gangways and bridge. Some served as lookouts calling out survivor sightings and others threw life-rings into the water as the captain moved the ship toward each survivor and security team members secured in harnesses pulled men out of the water. After recovering 14 survivors from the sea, the "Dependable" transferred the men to an Indian Coast Guard vessel while fighting intermittent squalls. The Coast Guard vessel recovered one additional survivor and one deceased fisherman.