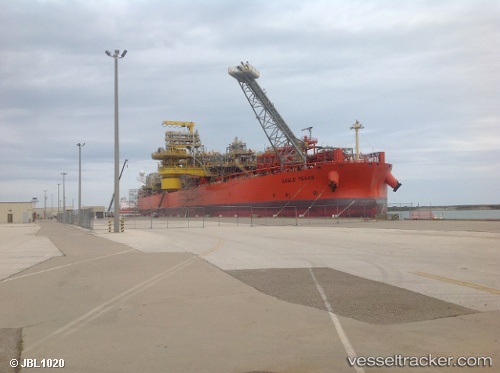 The US Coast Guard medevaced a 45-year-old man off the "Eagle Texas" approximately 27 miles south of Sabine, Texas, on June 12, 2018. Coast Guard Sector Houston-Galveston watchstanders received a request from the captain of the tanker for the medevac of a crewmember who was reportedly suffering from symptoms of a cardiac arrest. Watchstanders notified the duty flight surgeon who recommended the medevac. A Coast Guard Air Station Houston MH-65 Dolphin helicopter aircrew arrived on scene and transported the crewmember to St. Elizabeth Hospital in Beaumont, Texas. The mariner was reported in stable condition.

The U.S. Coast Guard medevaced a man Thursday who sustained a head injury 90-miles east of Jacksonville. A Coast Guard Air Station Savannah MH-65 Dolphin helicopter crew medevaced the 33-year-old man from the vessel Eagle Texas. Coast Guard Sector Jacksonville command center watchstanders were notified Wednesday of a crew member who fell into a cargo hold and sustained a head injury. The vessel was 300-miles east of Jacksonville and changed course to rendezvous with rescue crews. Watchstanders launched an MH-65 crew and conducted the medevac at 6:52 p.m. The man was transported to UF Health Jacksonville hospital. An HC-130 Hercules airplane from Coast Guard Air Station Clearwater assisted with communications and support. The Eagle Texas is an 800-foot tanker homeported in the Marshall Islands.

Drydocks World, the well-established international service provider, announced today that the world’s first Modular Capture Vessel (MCV), Eagle Texas, sailed away from its yard, said in the company's press release. The conversion of the AFRA max tanker was carried out by Drydocks World – Dubai and was completed for Singapore based AET, a global leader in petroleum shipping, and is the first of two similar projects. AET is under a 20-year agreement with Marine Well Containment Company (MWCC) a consortium of 10 world-renowned companies comprised of Anadarko, Apache, BHP Billiton, BP, Chevron, ConocoPhillips, ExxonMobil, Hess, Shell and Statoil - all committed to safe deepwater drilling in the U.S. Gulf of Mexico. The MCVs will operate as normal tankers in the US Gulf of Mexico and would be deployed for containment services in the event of a deepwater well control incident in the region.