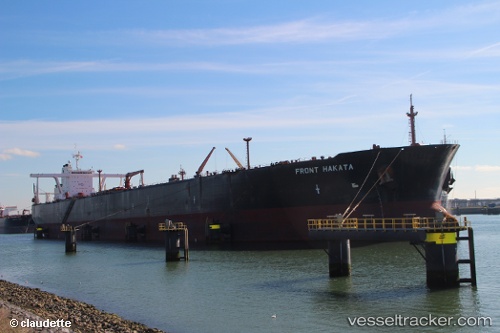 The 'Giessel', 'Ekaterina', 'Lerax' and 'Amfitriti' have been stripped of their flags following an investigation into allegations they secretly transported Iranian oil in defiance of crippling U.S. sanctions. The ships all made covert visits to Iranian waters in 2020 where they collectively picked up millions of barrels of oil. The trips were part of a complex operation performed by Iranian and foreign vessels, in which ships manipulated their tracking data to hide their involvement in flouting U.S. sanctions. The tankers were sailing under the flag of the Caribbean island state of St. Kitts & Nevis. The St. Kitts & Nevis Ship Registry decided it would no longer allow the tankers to fly under its flag. “The St. Kitts & Nevis International Ship Registry takes any violations of imposed sanctions very seriously and will act swiftly and effectively to deal with infringements involving any vessels flying its flag. Such was the case with the tanker Giessel which was de-flagged on August 4th following press reports that it had visited an Iranian port,” the registry said and confirmed the three other ships had also been stripped of their flags. Public records from the International Maritime Organization showed that the four ships were no longer under the St. Kitts & Nevis flag. Their nationality has now been listed as “unknown.” While they may be able to eventually register again with a new state, the loss of their flags was likely to hinder their movements in the short term. The maritime organization’s records reveal a complex web of companies responsible for the ownership of each of the ships. But three of the vessels wre ultimately under the care of the Indian company Floretta Ship Management. The fourth ship was linked to another Indian company, the Ravel Ship Management.