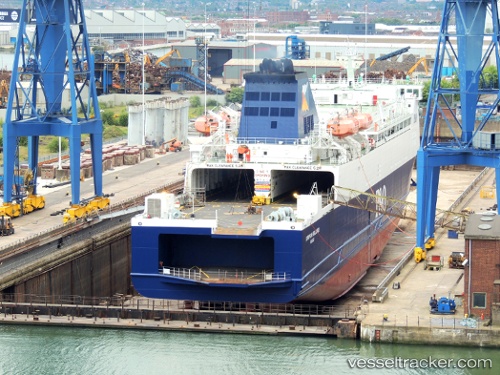 The Maritime and Coastguard Agency (MCA) began assessing the 'European Highlander' in Larne on April 21. She normally operates between Larne and Cairnryan. The surveyors were carrying out a full inspection of the P&O ferry, before it returns to service to make sure it complies with international regulations on manning and safe operation, in particular emergency procedures such as firefighting and evacuating the ship.

The 'European Highlander', en route from Larne to Cairnryan, suffered smoke and steam development in the engine room and a loss of power in both engines in position 54 52 36N, 005 42 04W, off Larne on Sep 20, 2021, at 11.30 p.m. The power could be restored in both engines, and the vessel was able to return to a berth in Larne port. The Captain suggested that the issue was caused by either spilt oil or dirty fuel. The vessel left Larne again on Sep 22 at 9 a.m.