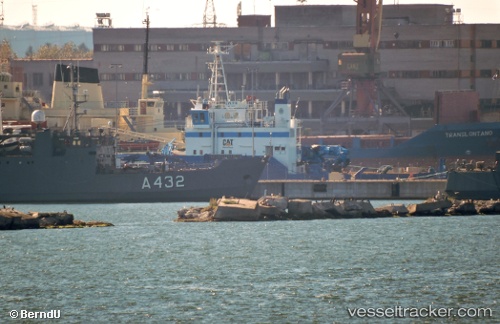 Icebreaker will be used for Estonia investigation

On July 8, 2021, the preliminary investigation of the wreck of the Estonian ferry 'Estonia' (IMO: 7921033) i)will commence with a technical survey of the seabed by the 'EVA-316', which is also the mother ship for research. The first stage of the process will last from July 8 to July 18. The plan is to make a 3D image of the seabed and the wreck via the technical investigation. In addition, a ROV will be used to pinpoint the location of the damage which was revealed in a series of Swedish documentaries aired in 2020, which revealed that there were previously undetected holes in the hull of the Estonia, which sunk in heavy seas in the night of Sep 28, 1994. As the Ministry of Economic Affairs and Communications and the safety investigation center conducting the investigation do not have all the necessary special equipment, a request for professional assistance was submitted to the Transport Authority for the use of the 'EVA-316.'. The technical investigation is necessary in order to have a clearer picture and sufficiently digitized drawings for the basic investigation starting in the early spring of 2022. The 'Electra' from Stockholm University will be used as a research vessel in the new year, Arikas said. In addition to the Swedes, Finns are also participating in the investigation. Once all the investigation stages have been completed, a final report can be prepared, which is expected to be completed at the end of the new summer or the beginning of autumn.

Enroute Pärnu-Iggesund the Gibraltar flagged cargo m/v "Lettland" collided with the "EVA 316" during an icebreaking operation in the Gulf of Riga in the night of Feb 21, 2012. The collision, which took place near Kihnu, caused minor damage to both ships. Because damage was minor, the icebreaker was able to return to its duties while the "Lettland", which sustained a 40x40 centimeter hole in its port side, continued to Iggesund.