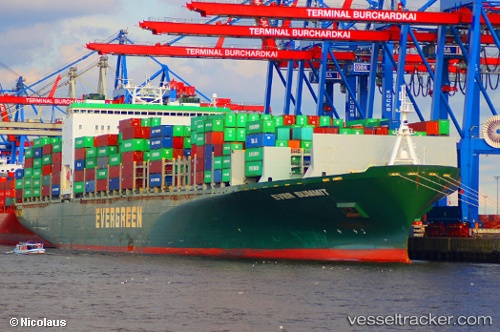 The Transportation Safety Board of Canada has raised concerns over the safety of large container ships in its investigation into a crane collapse at the Port of Vancouver following the allision of the 'Ever Summit' on Jan 28, 2019. In the report released on Nov 5, 2020, the TSB found an error in the pilot's commands caused the vessel toslam into the berth at Vanterm, which caused the crane to fall onto the ship. The investigation highlights that container ships have increased in size over the past 10 years and that "larger vessels necessitate berthing manoeuvres that have very little tolerance for error. The board is concerned that the size of vessels may exceed the Port of Vancouver's terminal infrastructure capacity to accommodate them safely." The TSB said there was no oversight by Transport Canada or by port authorities to determine whether or not larger vessels can safely berth. It is up to individual terminals to determine the maximum vessel size they can accommodate safely. According to the investigation, the vessels berthing at Vanterm have seen a 91 per cent increase in summer deadweight and a 25 per cent increase in vessel length overall between 2008 and 2018. In the same period, there were no major changes to the fenders, mooring bollards and cranes at the terminal. The investigation revealed that the pilot intended to berth the vessel with the assistance of two tugs, but the tugs were inadvertently given opposite commands and the vessel's stern hit the berth. The pilot and bridge team's view of the tugs was obscured and the pilot was relying on memory to keep track of the tugs. No one was hurt in the collision, but operations at the terminal were put on hold for days. Since the incident, the British Columbia Coast Pilots Ltd., the independent body that oversees ship pilots in the province, has developed standard communication procedures for use between pilots and tugs. The report also says the Port of Vancouver and Vanterm, one of the 29 terminals operating within the port, have reviewed crane storage practices to ensure arriving and departing ships are less likely to clip the equipment. Report with photo: https://www.cbc.ca/news/canada/british-columbia/container-ever-summit-crane-investigation-tsb-1.5791107

The "Ever Summit" has finally been freed and was expected to leave the Global Container Terminal at 1300 Stewart Street in Vancouver on Feb 7. The recovery work at the GCT Vanterm was complete by Feb 5, after the broken ship-to-shore crane boom was removed from the vessel in the morning. Subsequently, the ship was relocated to the appropriate position on the berth and was currently being worked on, with a focus on removing the damaged Vancouver-destined containers. The vessel discharge was completed in the early morning of Feb 7, allowing it to depart for Tacoma at 7.15 a.m. where it berthed at the Pierce County Container Terminal at 11 p.m. The Transportation Safety Board continued investigating the incident.

Port operations may be back to normal on Sunday

There appears to have been some shipping delays but no major cargo diversions as a result of the collapse of a gantry crane struck by Ethe "Ever Summit". With the aid of two floating cranes rapidly dispatched to the scene, recovery operations will allow for the resumption of normal activity by Feb 3, according to Global Container Terminals (GCT), operator of the Vanterm facility. No operations outside the Vanterm terminal have been impacted at Canada’s largest port. Aided by favourable weather, good headway was being made a Observed damage to containers on the vessel included those destined for Vancouver and other ports-of-call. None of the containers in question contain hazardous cargo. The 900 ton floating crane "The Beast" and the 600 ton floating crane – "Artic Tuk" were brought in to support recovery operations, while the vessel was secured to the berthface with lines. Supported by external contractors, GCT Canada’s engineering and maintenance teams were continuing work on a comprehensive operations recovery.