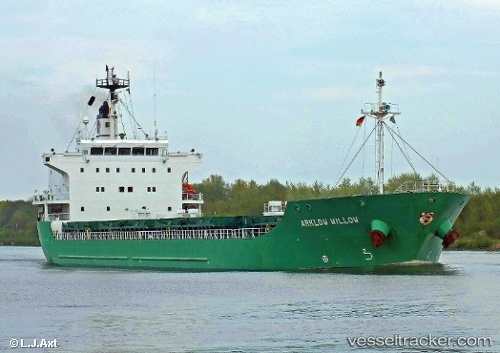 An investigation into the collision between the 'Florence Spirit' and the 'Alanis' on the Welland Canal on July 11 could take to 450 days to complete, says the Transportation Safety Board of Canada (TSB). The 'Florence Spirit', headed down the canal toward Lake Ontario, and the 'Alanis', headed toward Lake Erie, collided starboard to starboard around the anchor ports on both ships at 3:55 p.m. Crew members on both vessels — 16 on the 'Alanis' and 14 on the 'Florence Spirt' — were not injured in the collision which took place south of the East Main Street tunnel, east of Welland’s Memorial Park. Three investigators from the TSB’s Quebec City-based office interviewed crew members on both vessels and downloaded data from the black boxes on each ship. The black boxes capture navigation information, and what crew members were saying on the bridges of both ships during the incident. The collision left the 'Florence Spirit' damaged on the starboard side. The 'Alanis' suffered bow damage, including a visible hole on the starboard side near the anchor port. The 'Florence Spirit' was carrying a load of coal and bound for a port in Quebec at the time, while the 'Alanis' was bound for Duluth, Minn., with a load of wind turbine parts. In the afternoon of July 28, the 'Alanis' was headed down the canal with a destination of Port Weller. The 'Florence Spirit', which had docked at Wharf 10 in Welland after the collision, was entering the harbour at Sturgeon Bay, Wisconsin, which has a ship repair/building facility. The McKeil Marine was looking at multiple options to repair the vessel and get it back in service.

Damaged vessel to be passed with caution

Vessels on the Welland Canal were being asked to make their way slowly past the 'Florence Spirit', currently docked in Welland. The St. Lawrence Seaway Management Corp. issued a notice on July 14, asking vessels to “proceed at the slowest safe speed when passing by Wharf 10 between Mile 16 and Mile 18 whocj is on the west side of the canal in Welland and sits east of Bradley Avenue. Transportation Safety Board investigators interviewed members of both crews and the pilot on board the 'Alanis' and downloaded data from the black boxes of both after their collision. A report into the collision investigation could take up to a year to be released. Report with photo: https://www.wellandtribune.ca/news/niagara-region/2020/07/14/damaged-bulk-freighter-moored-at-wharf-in-welland.html

Head on collision on Welland Canal

The 'Alanis' was in collision with the 'Florence Spirit' in the afternoon of July 11, 2020, at 3.55 p.m. on the Welland Canal between the lakes Erie and Ontario south of Port Robinson. The 'Florence Spirit' was heading down the canal, the 'Alanis' heading up when they struck each other on their starboard sides around the anchor port. The 'Alanis' was pushed back toward the east bank of the canal, and the 'Florence Spirit' verred towards the the west bank and got stuck. The accident was now under investigation by officials. Transport Canada officials were to investigate. Seaway inspectors were looking over both vessels which were both severely damaged at starboard side. Normally, they would be passing port side to port side. Downbound ships head to Lake Ontario from Lake Erie, while upbound vessels head to Lake Erie from Lake Ontario. The 'Florence Spirit' was carrying a load of coal and sailing downbound from Grande Anse for Quebec, the 'Alanis' came from Toledo with a cargo of wind turbines. Report with photo and video: https://www.thestar.com/news/gta/2020/07/12/investigation-underway-after-two-ships-collide-on-welland-canal.html