FREEDOM OF THE SEAS 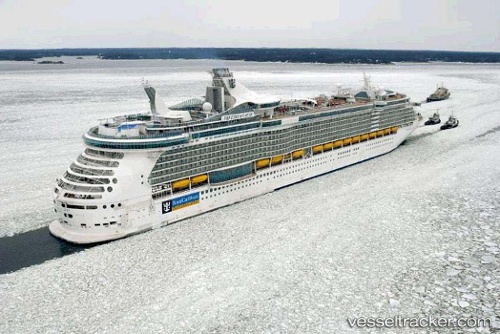 A grandfather who pleaded guilty to negligent homicide in the fall of his young granddaughter from deck 11tof the 'Freedom of the Seas' while she was docked in Puerto Rico was sentenced on Jan 8, 2021, to three years’ probation, according to justice officials. Salvatore “Sam” Anello, of Valparaiso, Indiana, had pleaded guilty in the case in October 2020. Defense attorney Michael Winkleman has said Anello would serve probation in his home state. Anello was aboard the cruise ship with family in July 2019 when the death occurred. He has said he did not know the window in the children’s play area was open and that he lifted 18-month-old Chloe Wiegand up to it so she could knock on the glass as she had done at her brother’s hockey games. The girl’s parents sued Royal Caribbean in a civil case that is still ongoing.

A newly surfaced video shows the grandfather of the 18-month-old Chloe Wiegand pop his head out of a window of the 'Freedom of the Seas' and then dangle her over its ledge — contradicting his claim that he didn’t know the window was open before she fell to her death. The video shows grandfather Salvatore Anello put his head out the window for 8 seconds before picking up Chloe from the ground, according to court papers filed by Royal Caribbean in a bid to dismiss the Wiegand family’s lawsuit over the tot’s death in July. Royal Caribbean said the video shows Anello lifting his granddaughter over the wooden rail to the open window for approximately 34 seconds at which time she unfortunately fell. When he arrived at the open window, and while Chloe is on the floor, Mr. Anello leaned his upper-torso over the wooden railing and out of the window frame for approximately eight seconds. The only reasonable conclusion from the video was that Mr. Anello knew the window was open before picking up Chloe. He nonetheless lifted the child over the wooden rail and the open window for a considerable period, recklessly endangering her life. There was no ‘hidden danger’ — Mr. Anello knew the window was open,” the court papers said. The tot’s family has taken legal action against the cruise line, arguing that the company failed to protect her and other vacationers from potentially dangerous open windows while the ship was docked in San Juan, Puerto Rico. Anello has repeatedly denied knowing the window was open — insisting he picked up Chloe so she could bang on the glass as she would at her older brother’s hockey games. Anello also was facing criminal charges in Puerto Rico, where prosecutors have charged him with negligent homicide in the tot’s death. Report with video: https://nypost.com/2020/01/19/video-shows-grandfather-dangle-chloe-wiegand-before-fatal-fall-on-cruise-ship/

Royal Caribbean International’s Freedom of the Seas is to undergo a US$116 million upgrade as part of the Royal Amplified fleet modernisation initiative. New onboard highlights will include glow-in-the-dark laser tag, the Splashaway Bay aqua park for young children, a renewed adults-only solarium, a three-storey-high duo of waterslides named The Perfect Storm, and a redesigned Caribbean pool area, which will have casitas, daybeds, hammocks and various other seating options. Guests will also benefit from an upgraded dining experience, such as in Giovanni’s Italian Kitchen restaurant, which will be reimagined and offer an updated menu. Royal Caribbean will also add a poolside Mexican eatery with a full-service bar named El Loco Fresh, as well as an Asia-inspired restaurant Izumi Hibachi & Sushi, which will have teppanyaki tables and a sushi bar.