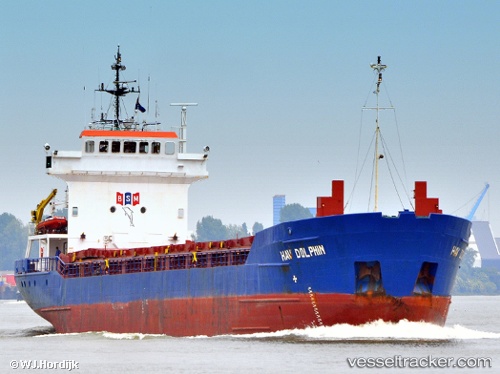 The decision to order the ship to dock in Brest was taken by the maritime authorities in consultation with the owner of the 'Fri Dolphin' and the departmental authorities to guarantee the safety of the ship, especially in anticipation of an anticipated weather deterioration. The crew was taken care of by the owner and was accommodated in the region. The crew was made up of seven sailors, six Russians and one Ukrainian. The dead man, 42, was a Russian national. The three injured sailors, aged 32, 49, and 56, were in stable condition at the Cavale-Blanche hospital in Brest. A technical investigation by the Bureau of Investigation and Analysis (BEA) of the Bahamas, the flag state of the cargo ship, assisted by the BEA French Sea, was opened to determine the technical circumstances of the accident. It looked like the bilge fans have been affected by bad weather and the toxic phosphine gas has spread into the living quarters. The ship left Brest on Feb 22 at 8.20 a.m. and headed to Kingston-upon-Hull, ETA Feb 25. French reports with photos: https://www.ouest-france.fr/mer/deces-sur-le-cargo-fri-dolphin-une-enquete-commence-6738677 https://www.letelegramme.fr/finistere/brest/brest-l-enquete-se-poursuit-a-quai-pour-le-fri-dolphin-15-02-2020-12504520.php https://france3-regions.francetvinfo.fr/bretagne/finistere/brest/brest-gravement-intoxiques-leur-cargo-raticide-trois-marins-russes-evacues-cavale-blanche-1787431.html

On Feb 13, 2020, at 6:33 p.m., the CROSS Corsen was alerted by the 'Fri Dolphin' after four of its crew members were poisoned by fumigations. The freighter was 60 nautical miles southwest of Lanvéoc. After a conference with the Maritime Medical Consultation Center (CCMM), the ship and the CROSS, the latter deployed a Caïman helicopter of the Navy base in Lanvéoc. In bad weather conditions, first a rescue swimmer was dropped off on board. The medical team of the Finistère emergency medical aid service (SAMU) was dropped off in a second rotation. On board, the death of one of the four intoxicated sailors was noted by a doctor of the SAMU. The state of health of the three other victims was stable. They could, however, not be hoisted to the helicopter due to degraded weather conditions. The ship headed for Brest to facilitate their disembarkation where it berthed at 5:10 a.m. The three victims were transferred onto the lifeboat 'SNS 097 - Notre Dame de Rocamadour of the SNSM station Camaret-sur-Mer. They were then taken to the hospital Cavale Blanche in Brest. The 'Fri Dolphin' which had been bound for Kingston-upon-Hull with an ETA as of Feb 16, coming from Pasajes with a cargo of corn, berthed at the Quay Considère in Brest on Feb 14 at 7.15 p.m..

On the Ghent-Terneuzen-Canal the „Hav Dolphin“ while coming from Tofte in Norway was in collision with the „Konstantin Paustovskiy“ on Nov 16, 2010. The Russian vessel ran into the starboard side of the “Hav Dolphin” coming from Antwerp and heading for the open sea in dense fog between Sluiskil and Terneuzen lock. Both ships suffered significant damage. The hull of the “Hav Dolphin” was breached, and she proceeded to the Zevenaar harbour. The “Konstantin Paustovskyi“ anchored on Flushing roads.