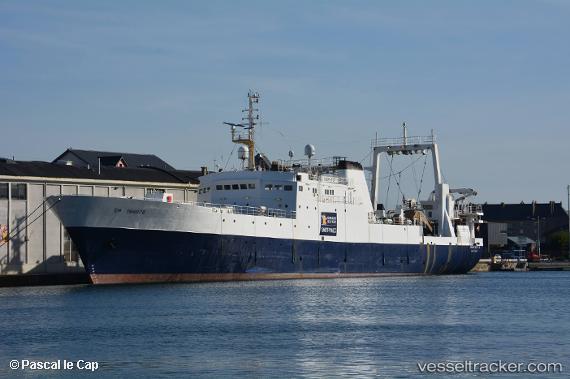 Medevac in Bay of Biscay

On 4, 2022, a technician had to medevaced from the 'Joseph Roty II' by a helicopter of the French Navy. The man, who was suffering from tension problems, was hospitalized in the University Hospital of Brest for examinations. The ship had set sail for the Bay of Biscay on Jan 13 for its first campaign of the year. Report with photo: https://www.ouest-france.fr/bretagne/saint-malo-35400/saint-malo-un-technicien-evacue-par-helicoptere-du-joseph-roty-ii-au-large-du-finistere-2342d63c-8677-11ec-92de-82b50c7e4353

Two medevacs within 3 days due to injury and Covid suspicion

A crew member of the 'Joseph Roty II' was medevaced in the morning of Jan 20 off Penmarc'h, due to a suspected Covid-19 infection. The 56-year-old man had to be airlifted as he suffered from respiratory problems. As medical teams ashore suspected a case of Covid-19, it was therefore necessary to equip the Caïman helicopter of the French Navy accordingly before launching the operation, coordinated by the CROSS Etel. Finally, around 6:20 a.m., the man was recovered about 130 km southwest of Penmarc'h. He was transported to the Quimper hospital, where he was taken care of at 7:15 a.m. The suspicion of Covid was then ruled out. Already on Jan 17, a crew member had to be medevaced by helicopter due to an injury.

On July 17, 2019, the "Joseph Roty II" finally left Concarneau and headed to St. MAlo, where the trawler arrived on July 18. The firefighters of Concarneau were alerted on July 2 in the late afternoon, for a fire aboard the trawler in dry dock at the Quay du Moros around 5:45 p.m., About 60 firefighters from Concarneau (Finistère), Pont-Aven, Rosporden, Elliant, and Quimper had responded, supported by a specialized team of ship firefighters from Brest and Saint-Pol-de-Léon. The fire had started in the foreship, and smke spread rapidly to the rest of the vessel. Employees of the naval group Piriou were treated for smoke intoxication. At 7 p.m., the fire was under control and finally put out one hour later. The interior was ventilated until late in the evening. The material damage was limited. French report with photo: https://www.ouest-france.fr/bretagne/concarneau-29900/concarneau-un-bateau-en-feu-sur-les-quais-du-moros-6427047