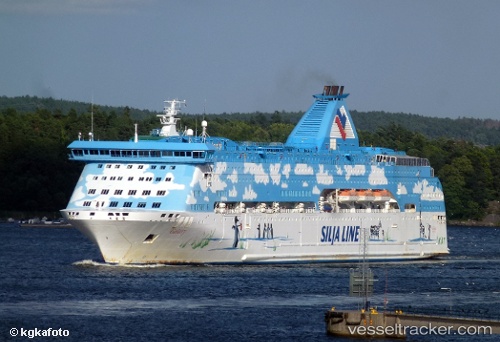 Ferry delayed due to engine trouble

In the night of Sep 12, 2019, the "Galaxy", operating the Turku-Stockholm route, was delayed due to engine problems. Only two out of four engines were running. The ship was delayed in the night and the delays continued during Sep 13. The call at Åland was cancelled. One engine was out of service due to normal service. Another engine stopped due to a technical fault.

On Aug 10, 2019, at 2 p.m. the "Silja Galaxy" had to make a sharp turn to avoid the approaching container ship "BBC Alberta" on its way from Tianjin, which did not follow the proper navigational rules in the Åland Sea. The ferry was on its way from Mariehamn to Stockholm at that time. The northbound container ship was coming from the left, had to give way and promised to do so, but swung in the wrong direction so that the "Sija Galaxy" had to make an emergency maneuver so as not to collide. The ferry listed heavily, and in the restaurant all food and kitchen equipment crashed onto the floor. Passengers were forced to hold onto what was closest so as not to fall over, and several fell. No one was injured in connection with the incidend, but several passengers panicked. Several people ran to the exit and tried to get up to the deck, children were crying. One woman experienced pain after the incident and sought treatment on board. Afterwards, the master of the ship announced via the PA system what had happened. Then he went down to talk to the shaken passengers. After a while the situation calmed dow,n and the passengers were able to return to the restaurant, although most of the food had landed on the floor. The incident has been reported to Finnish and Swedish authorities. The ship berthed in Stockholm at 6 p.m. The "BBC Alberta" continued its way to Härnösand where she berthed on Aug 11 at 5.20 a.m. and remained stationary since.

A suspected rape attempt has taken place on the "Silja Galaxy". A man has been detained for attempted rape and maltreatment in the night of Sep 2, 2017, by the Stockholm Police. The 25-year-old woman will be found naked aboard the "Silja Galaxy". He was arrested by guards on the ferry, and upon arrival in port handed over to the police.