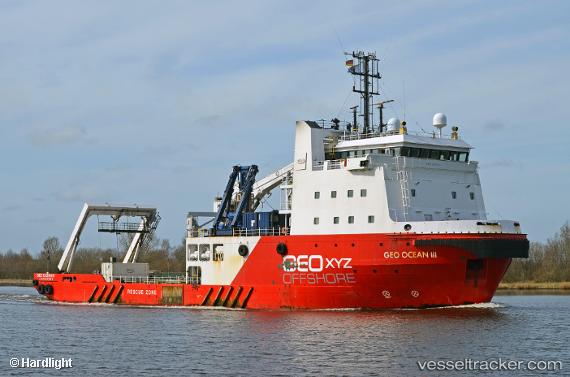 A body found inside the wreckage of the Piper Malibu N264DB carrying Premier league footballer Emiliano Sala and pilot David Ibbotson has been recovered on Feb 6. In the evening a mission to carefully remove the body from the Piper aircraft was launched by specially trained MoD salvage officials. In challenging conditions, the AAIB and its specialist contractors successfully recovered the body previously seen amidst the wreckage. The operation was carried out in as dignified a way as possible and the families were kept informed of progress. In the morning of Feb 6 it was announced that they had brought the body onto the "Geo Ocean III" and returned it to Portland to be passed into the care of the Dorset Coroner. The body was then identified as the mortal remains of Emiliano Sala. 220 ft under water, and using a ROV, the team also attempted to recover the wreckage of the plane, but poor weather conditions curtailed their efforts and the difficult decision was taken to bring the overall operation to a close as the weather forecast waas poor for the foreseeable future. It was not yet publicly known whether it is the pilot or the footballer, whose body has been found, but it was understood that the families of both men have been told. Although it was not possible to recover the aircraft, the extensive video record captured by the ROV was expected to provide valuable evidence for our safety investigation. On Jan 21 at 8:15 p.m., just an hour into the flight, Mr. Ibbotson asked air traffic control to reduce altitude from 5,000 ft to 2,300 feet. A short time later, the aircraft disappeared from radar screens. A four day intensive search and rescue mission led by the Guernsey Coastguard and the Channel Islands Air Search teams found no trace of the plane or its occupants. Sala's family launched a crowdfunding page to raise money to restart the search and received some £330,000. The family hired David Mearns, a "shipwreck hunter", who found the plane within two hours of searching.

The mission to recover a body found in the plane carrying Emiliano Sala and David Ibbotson began in the evening of Feb 5, more than two weeks after they crashed into the English Channel. The "Geo Ocean III" was in place above the crash site and a ROV was attempting to secure the body, before bringing it to the surface. However, strong tides were hampering the primary stages of the recovery. Officials have been reluctant to put a time frame on the operation to recover the body, but it was expected to be completed in the evening of Feb 6. The recovery is being run by the MoD’s Salvage and Marine Operations team and there were AAIB inspectors onboard to oversee the work they do. At this stage, it was not known if the body is that of the pilot or the footballer. When the recovery of the body has been completed successful,the feasibility of recovering the wreckage of the Piper Malibu from 70 meters water depth will be considered. Depending on the tides, that mission would take a matter of days. The wreckage would then be taken to a port on the south coast, likely to be Southampton or Portsmouth, before being transferred to the AAIB's laboratory in Farnborough, east Hampshire.

An underwater search for the missing plane carrying footballer Emiliano Sala and his pilot began on Feb 3, 2019, with the "Geo Ocean III" and the "Morven". Cardiff City's new signing disappeared with pilot David Ibbotson over the English Channel on Jan 21. Two vessels were using sonar to search an area covering four square miles about 24 nautical miles north of Guernsey. The area has been selected based on the flight path before radar contact with the plane was lost. On Feb 4 wreckage of the aircraft has been found with one body inside at the bottom of the English Channel 24 miles off Guernsey. There was no news in the morning on whether the mortal remains were those of Sala or the pilot David Ibbotson. The "Geo Ocean III" had left Ostend in Belgium at 9 a.m. and began combing the area. Within hours it was the search vessel FPV "Morven" which picked up a sonar signal from the depths. The wreckage of the Piper Malibu was formally identified by officials from the Air Accident Investigation Board. The AAIB's vessel deployed a remote-controlled submarine to examine the plane and confirmed it was the craft carrying the striker. Video: https://www.youtube.com/watch?time_continue=19&v=92mMGa27DVE